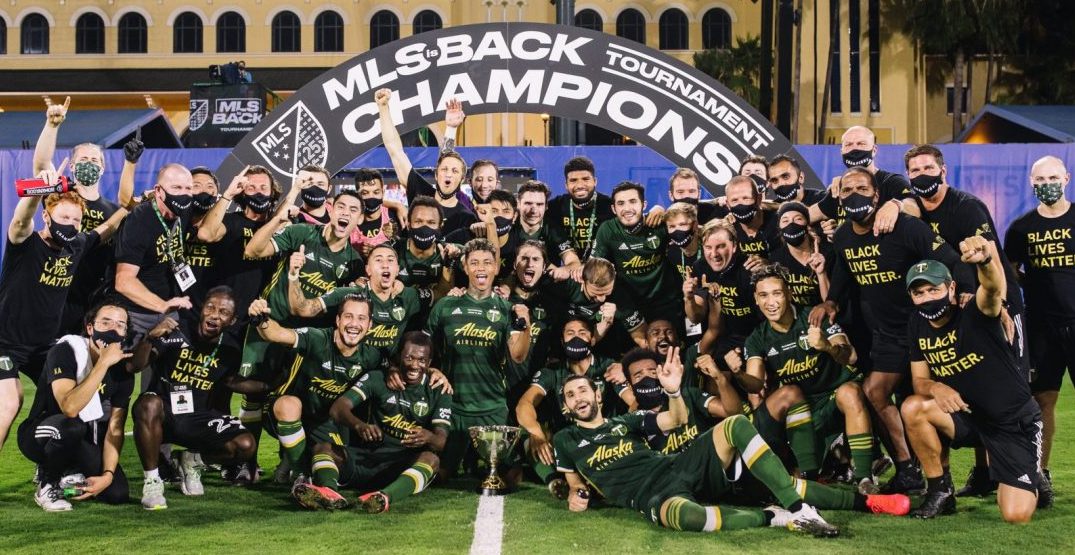 Major League Soccer returned to play in July, setting up an international-style seeding tournament that culminated in an elimination playoff bracket. Last night, it came to an end as the Portland Timbers capped off their fairytale run with a two-to-one win over the Orlando City to clinch the MLS is Back Championship.

Since winning the MLS Cup in 2015, the Portland Timbers faithful have been patient and passionate when it comes to their soccer team. However, the team from Soccer City, USA, has only come near the same success in 2018, when it lost in the championship game to Atlanta United.

Dubbed the “COVID Cup” by Timbers’ Jeremy Ebobisse, the squad finished off MLS is Back tournament, which may go down in history as a championship with an asterisk due to the complexity and oddness that was the 2020 season.

Regardless of how they won, this celebrated football club stole the show in Florida and finish the year as the first-place team in the league.

Fans took to the internet to express their love, excitement, joy, and memes to praise the Timbers: the 2020 MLS Champions.

Its been a tough year for everyone everywhere. But its been a particularly difficult one in Portland.

Portland, this is for you. We ❤️ you. Our city is so special. Always has been always will be. We deserve this.

Proud beyond words of our group

TIMBERS ARE THE CHAMPIONS!!! #ptfc pic.twitter.com/KC1llKTj1d

So very proud of this team. Fantastic to bring home silverware!! Come On You Timbers!