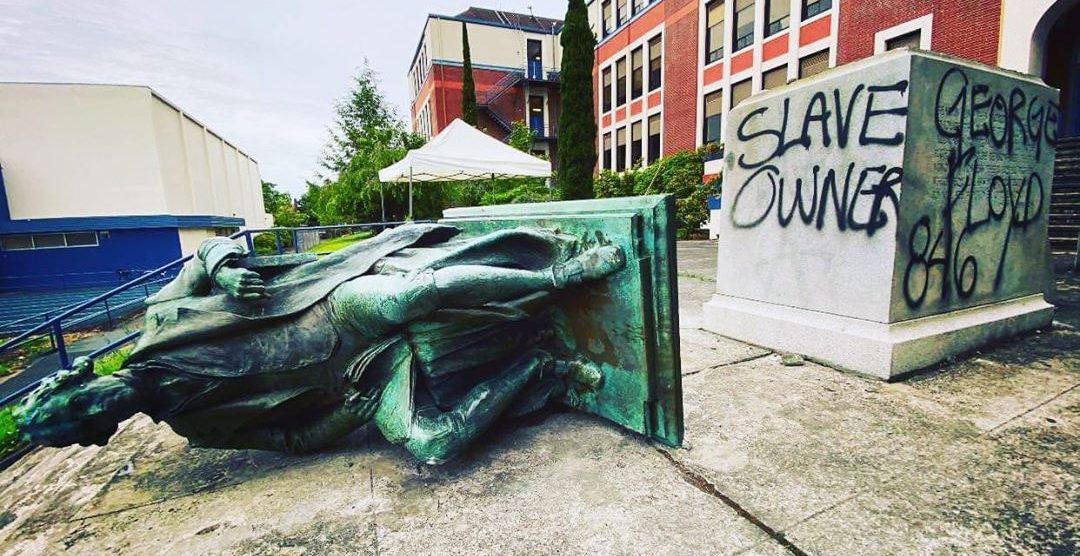 Portland protesters took to Jefferson High School on Sunday night to topple the statue of its namesake, Thomas Jefferson.

The statue was pried from its pedestal and tossed down the stairs while protesters spray-painted the former resting place of the monument with the words “slave owner” and “George Floyd 8:46.”

In its place, demonstrators propped up a large peace sign monument on top of the foundation where the statue formerly sat.

Thomas Jefferson was the third president of the United States and the primary author of the original Declaration of Independence. A plantation owner, Jefferson is known for signing the Act Prohibiting the Import of Slaves while owning and trading slaves himself.

Some recent Black Lives Matter demonstrations — which boiled over after the killing of George Floyd by law enforcement officers in Minneapolis, Minnesota — have included removing statues of former confederate leaders and notable Black oppressors.