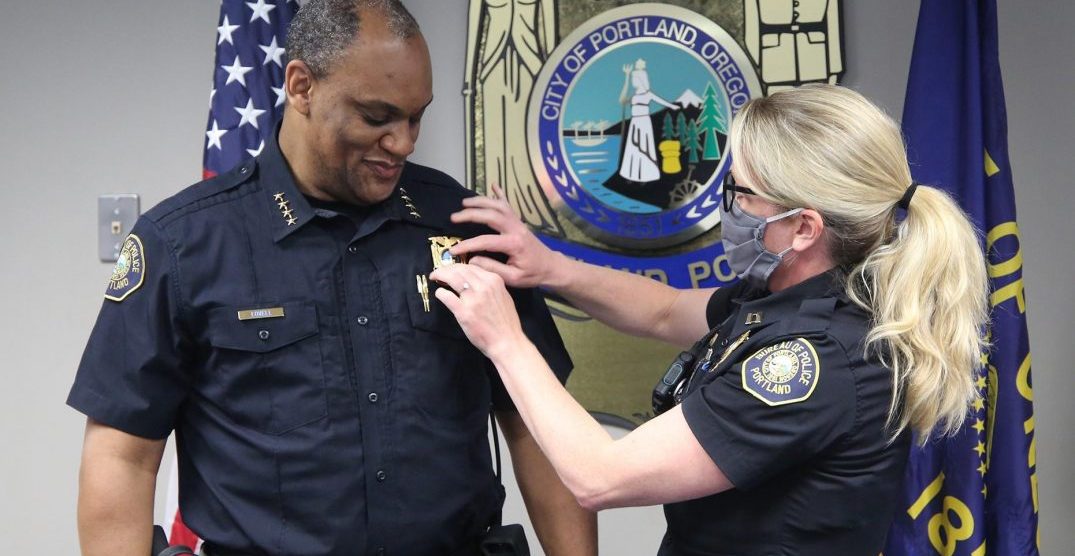 The former captain of the Community Services Division, Chief Lovell becomes the 50th police chief since the formation of the department.

Just three days after Resch made the surprise announcement of her departure from the role, Lovell was touted by Resch as “the right person” to lead during this period of civil unrest.

“This is going to be a tumultuous time, but one that is also filled with opportunity for change,” said Chief Lovell at the ceremony. “I’ve spent my career listening to the community and trying to build relationships to have a connection.”

“Our Bureau members serve with their heart, but we need to convey that heart to the community,” he added. “We are here to serve them, yet we know we have work to do. I am a public servant and will show up every day with a servant’s heart.”