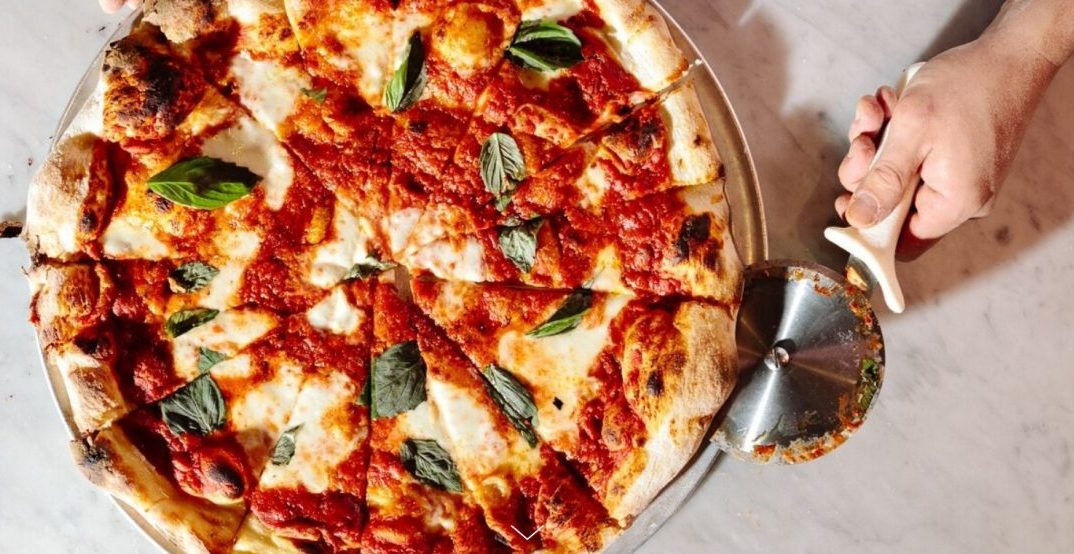 Pizza has been a staple in the western food scene for decades, and it has become so commonplace that many stellar pizza slingin’ joints go unnoticed. Thanks to some wowing offerings, The Crown in Portland isn’t one of them.

On paper it’s simple. Various types of bread as the crust. A delicious variety of options in sauces. Then add some meats, veg, or both. Finally, top it with the gooey melted dairy (or non-dairy options) of your choice. Your mouth is watering, isn’t it? I know mine is. Here’s why The Crown has been kept atop many folks’ favorite eats list.

Part of the Paley Hospitality group — led by Portland Chef Vitaly Paley — The Crown tosses up many a delectable pie. Their stock pizza menu consists of a “You’re Basic” Cheese, Captain Pepperoni, Veggie, Margherita, Imperial (a nod to another notable Paley establishment), Meat Combo, Mushroom Deluxe, and a Fresca.

However, it’s beyond this fare that The Crown truly shines.

The Al Metro (aka the Big-Ass Pizza) is the real star of this show. Notably great for parties, or groups, the Al Metro is a massive 36-inch-long, 12-inch-wide pizza. It’s humungous!

For those looking to get a Big-Ass Pizza in a classic style, that will run you $59. For Crown signature combos, this pie will cost $74. Or, if you’ve got one of those groups that can’t pick a single type, you can mix three different pizzas into one for $78.

Opened in 2017, Paley’s take on pizza has taken off like a rocket among Portlandians. Adding yet another amazing option for those looking to snag a slice.