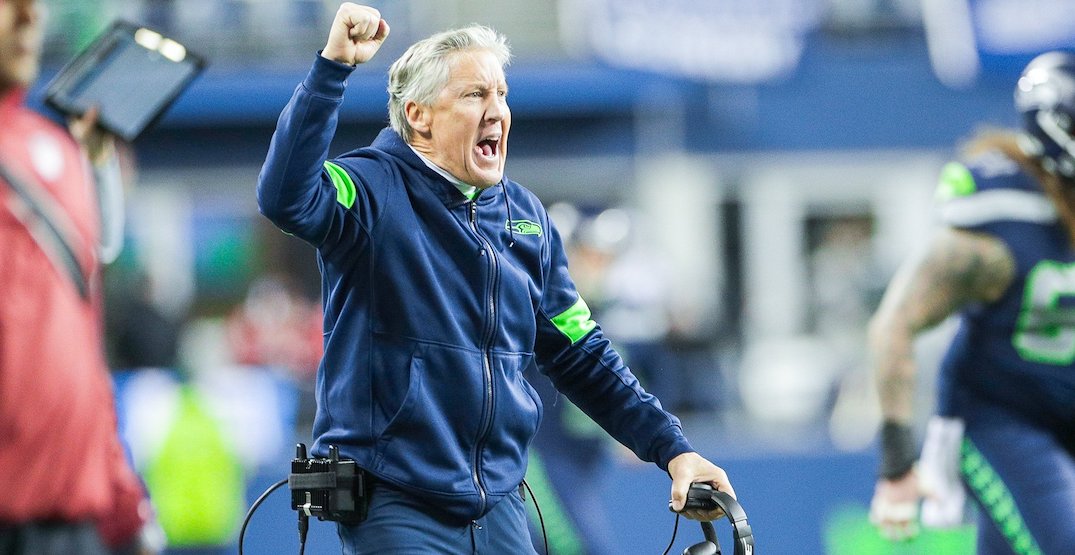 Seattle Seahawks head coach Pete Carroll was one of three NFL head coaches fined for not wearing face coverings during Week 2 of the NFL season.

Carroll was fined $100,000 for not wearing a mask on the sideline of Sunday’s home game, and the Seahawks an additional $250,000, according to ESPN’s Adam Schefter.

NFL fined three head coaches – – Denver’s Vic Fangio, Seattle’s Pete Carroll and SF’s Kyle Shanahan – $100,000 each for not wearing masks Sunday, and each of their teams another $250,000, sources told ESPN.

So that’s $1.05 million dollars in fines for not wearing masks.

Denver’s Vic Fangio and San Francisco’s Kyle Shanahan were also fined $100,000 each for not wearing masks Sunday. The fines come after the NFL warned all 32 teams to comply with mask-wearing rules in a memo after Week 1, according to multiple reports.

According to the NFL’s game day protocols, “individuals with Field Access shall wear masks or other face coverings and other proper PPE at all times.”

Face shields are not approved face coverings, however they may be worn in addition to face masks or neck gaiters.

Carroll was wearing a neck gaiter during the game, as seen below, but was seen frequently with it pulled down during the television broadcast.

New England Patriots coach Bill Belichick also had some questionable mask-wearing etiquette at times, though he was not fined.