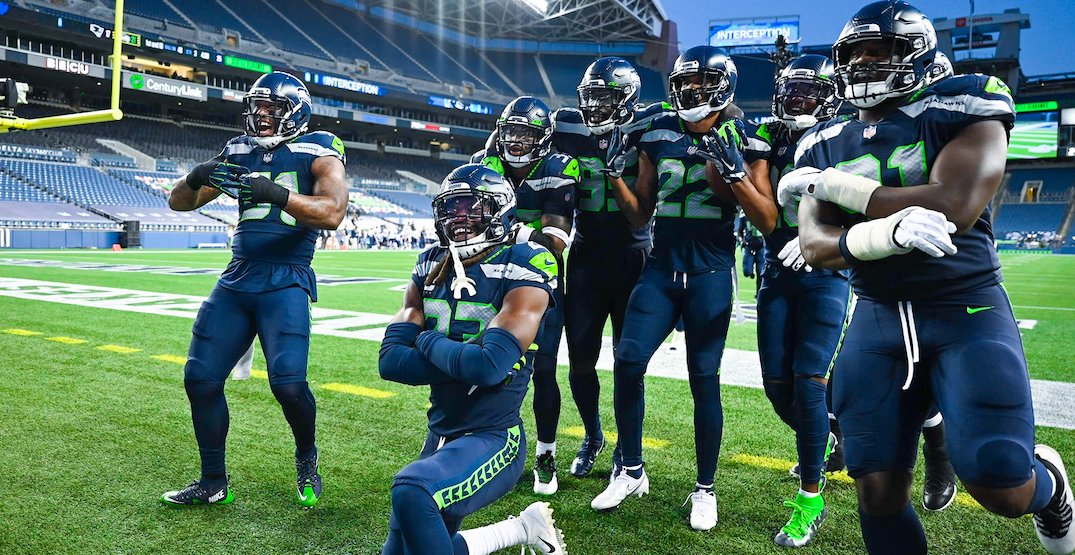 Sunday night’s Seahawks game was certainly one to watch.

Being the team’s home opener, it was great to see the Seahawks take a 35-30 victory over the New England Patriots — securing their 12th consecutive home-opener win.

Best of all was the sense of community that still managed to take over the city even though the stadium was left empty.

Post-game, Coach Carroll discussed how amazing he thought the game was, and how much he missed having fans in the arena.

“For the fans out there, we missed you so much, I can’t tell you how much. We’re so used to this extraordinary following of the crowd, and the energy and juice and all that,” he said to Seahawks.com. “I don’t know if you saw our guys, but our guys were trying to fill in for you. I just wish so much that you could have been there for the last play of the game. It would have been so crazy for all the fans. I hope you went nuts and enjoyed the heck out of it… We really missed the fans. We can’t wait to get you back sometime down the road.”

Aside from pumping “club-specific audio pallets (crowd noise)” provided by NFL Films, the Seahawks tried to keep as many home-opener traditions as possible.

The team kept the state’s high school football tradition alive by setting up hundreds of jerseys in sections 108 and 110 of CenturyLink Field.

The great tradition of high school football in the state of Washington will be on full display at CenturyLink Field tonight, with hundreds of jerseys laid out in Sections 108 & 110.

They also kept the flag-raising ritual and chose to have Dr. Fagley and his family raise the 12-flag before the game. Dr. Fagley was selected to represent the Virginia Mason Hospital’s Critical Care Unit’s COVID-19 response team.

Another special thank you to @Walmart for helping provide an unforgettable 12 Flag raising experience for Dr. Fagley and his family during yesterday’s game.

Although he admitted that not having fans in the stadium is tougher than usual, quarterback Russell Wilson told Seahawks.com that “no matter where you play, you’ve got to love it just as much. The feelings and the emotions and everything else, it all comes out of you playing this game.”

Let’s see if the Seahawks can keep up Wilson’s positive mentality as the season continues, as the next time they may be able to play with fans is in November.