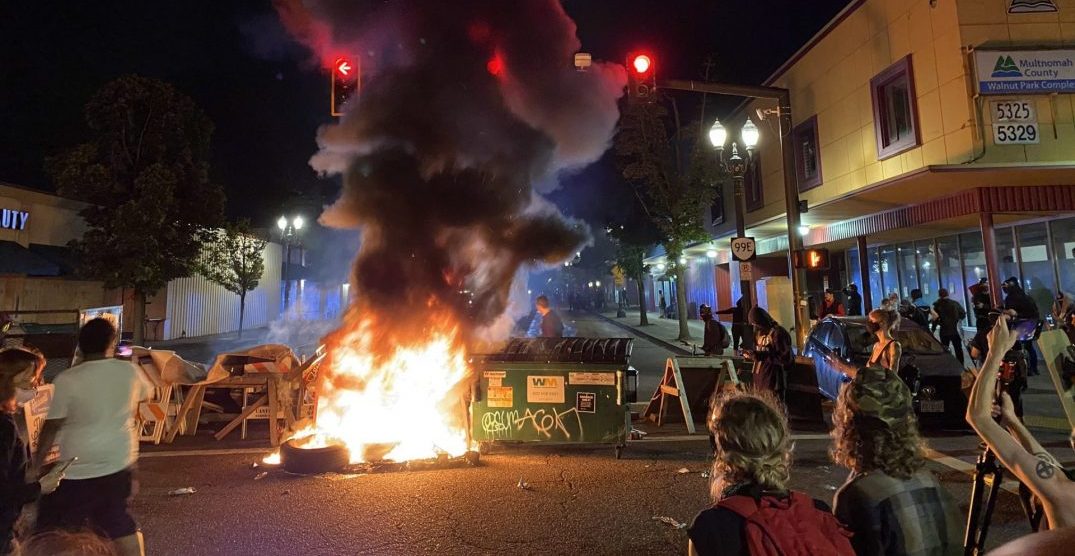 It has been more than a month since George Floyd was killed at the hands of Minneapolis police, sparking global outrage and protests demanding an end to systemic racism.

During this time, many Portlandians have taken to the streets to stand in solidarity with the Black Lives Matter movement.

This weekend, demonstrations continued, as did confrontations with the Portland Police Bureau.

On Sunday, the American Civil Liberties Union (ACLU) of Oregon announced that they have filed a lawsuit against the Portland Police Bureau, after numerous claims of riot-geared officers becoming physical with protesters and arresting journalists and public observers.

Here’s a cop macing someone in the face. In his defense, the police are allowed to use riot control weapons when they feel like their lives are in danger, and this man backing up with outstretched hands was clearly an extreme threat

Ppb rolled around the front and left side of the jc to remove the road barriers protestors made. We are being ordered to leave the park #portlandprotest pic.twitter.com/zb9VgjTo1F