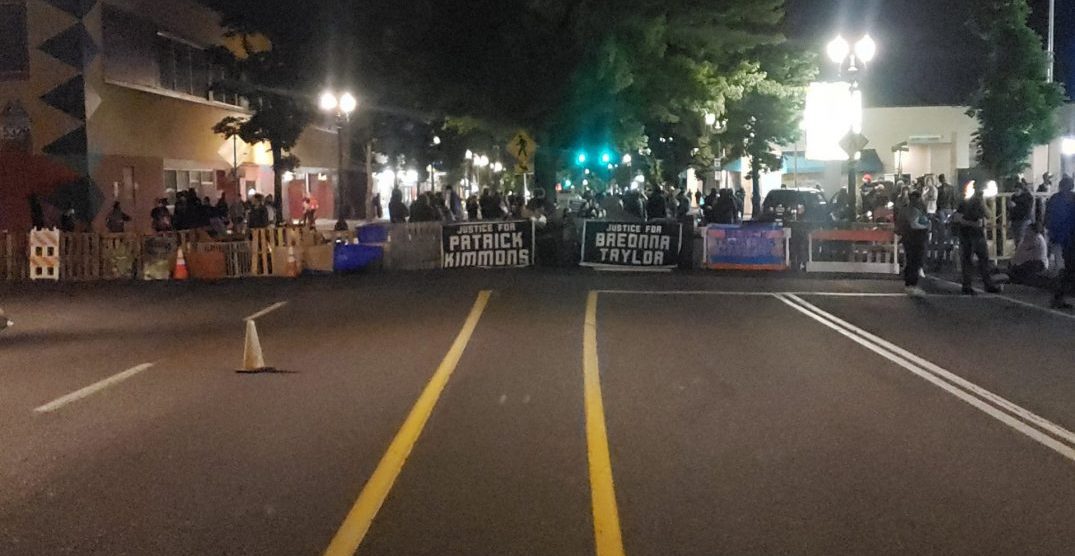 Portland protests turned violent Thursday night and into early Friday morning after one group of demonstrators met in Fernhill Park and marched to the North Precinct building.

Throughout the night, “demonstrators arrived with supplies to build a fence and began erecting one which stretched from the south side of North Precinct to the north side of the Boys and Girls Club,” wrote the Portland Police Bureau.

One demonstrator was reportedly heard yelling, “We’re going to burn the building down,” after gatherers began collecting and moving large dumpsters and other debris to strengthen their fence.

Just before 1:30 am, police began to disperse the crowd and stated that “while performing this lawful action, demonstrators fought with officers. Furthermore, demonstrators shot officers with paintball rounds, causing officers not to be able to see out of their face shields. Around 1:40 am, a mortar was launched on to the roof of North Precinct.

“During this time, crowd control munitions were deployed.”

Near 2 am, protesters had begun trying to set the North Precinct on fire.

Multiple officers are reported to have sustained minor injuries, while one was taken to the hospital with more serious injuries but is expected to make a complete recovery. Four citizens were arrested for assault or attempted assault on a police officer.

Thursday marked one month since George Floyd was killed by police. Since then, protests have erupted all over the world to support the fight against anti-Black racism.