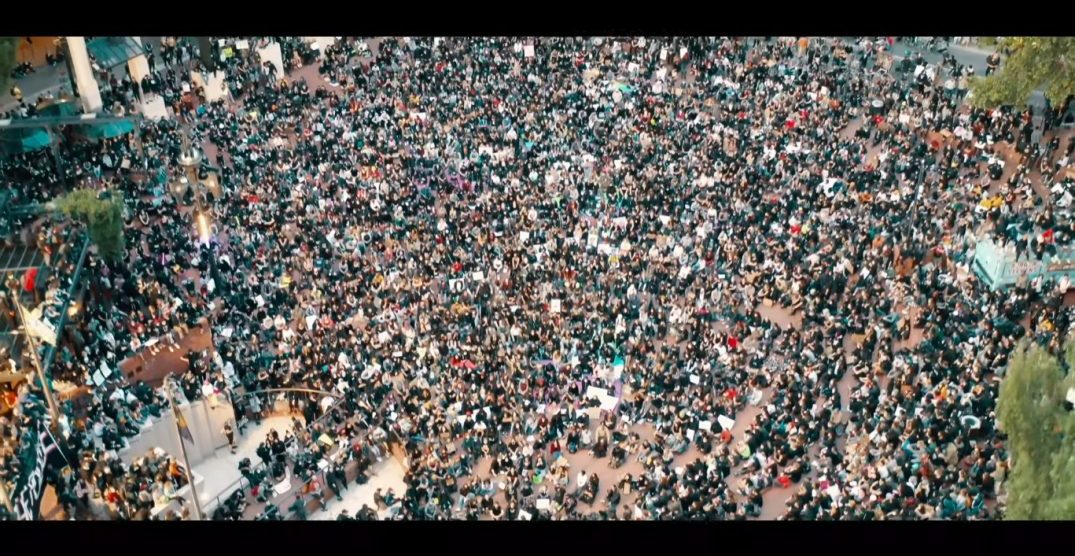 Alex Dixon, a Portland filmmaker with Originators Media, has released a short documentary covering the Black Lives Matter protests in Portland that erupted following the killing of George Floyd.

Using footage captured by some of his close collaborators, Unrest: A Civil Rights Story is a celebration of the togetherness within the movement and an educational collection of the events that followed Floyd’s death. The film features voiceovers, intercut news footage, and palpable representation of the message reverberating throughout city streets.

“This is a labor of love,” Dixon wrote on Instagram.

“I’ve somehow managed to get back to the things I love with the people I love during all this chaos,” Dixon continues. “This short documentary piece is a collaborative effort, I handpicked some of my favorite creatives to produce a visual representation of how we got here.”

Warning: Some of the footage shown in this documentary contains mature subject matter and disturbing acts of violence.

Imagery in the film comes as a collective effort from filmmakers like PortlandDrone, Joseph Blake, Nic Popp, David Fuego Del Sol, and Dixon himself. Editors of the film include Frankie Rossi, and Sam Cahill.

“People have been asking over the past couple of weeks how we got here,” says the documentary narrator. “And I would say to them, when did you start paying attention? Because for me, I’ve been here. We, as the Black community, have been here.”

Daily Hive reached out to Dixon, who said the purpose of the film was “to make a visually stunning piece that people can take home and educate themselves with!”

“I was running sound for protests because I felt like it was a good use of my skills and knowledge,” Dixon told Daily Hive. “When Danny presented the idea [of the documentary] to me, it got me thinking more about the skills and crafts that I could apply to social justice.”