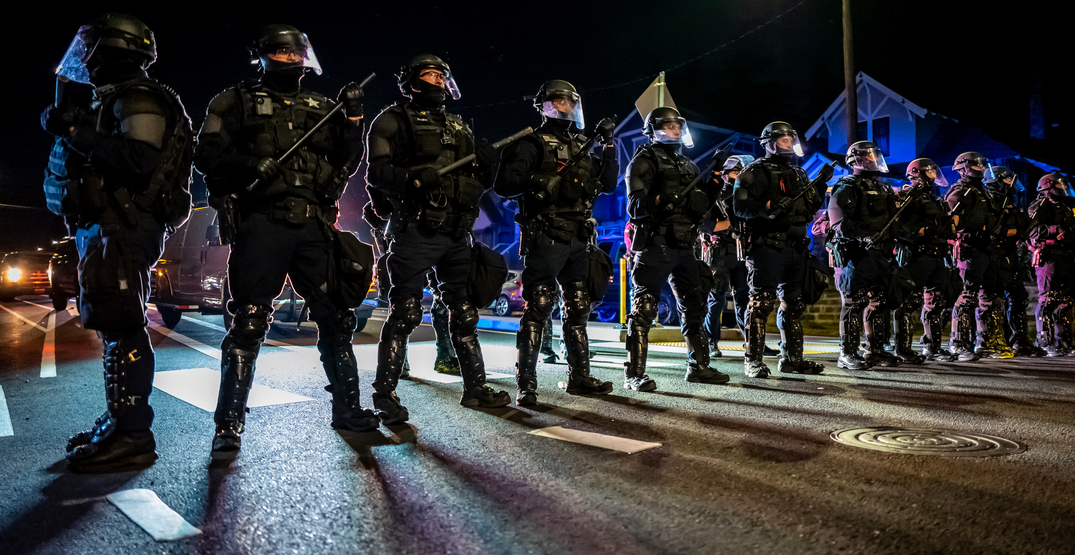 In a press release published early this morning, the Portland Police Bureau described the events of last night’s protests in Portland, during which a handful of demonstrators were arrested.

Four arrests were made. Detained protesters are facing charges of interfering with an officer, disorderly conduct, and assaulting a public safety officer. One individual was cited for unlawful sound amplification.