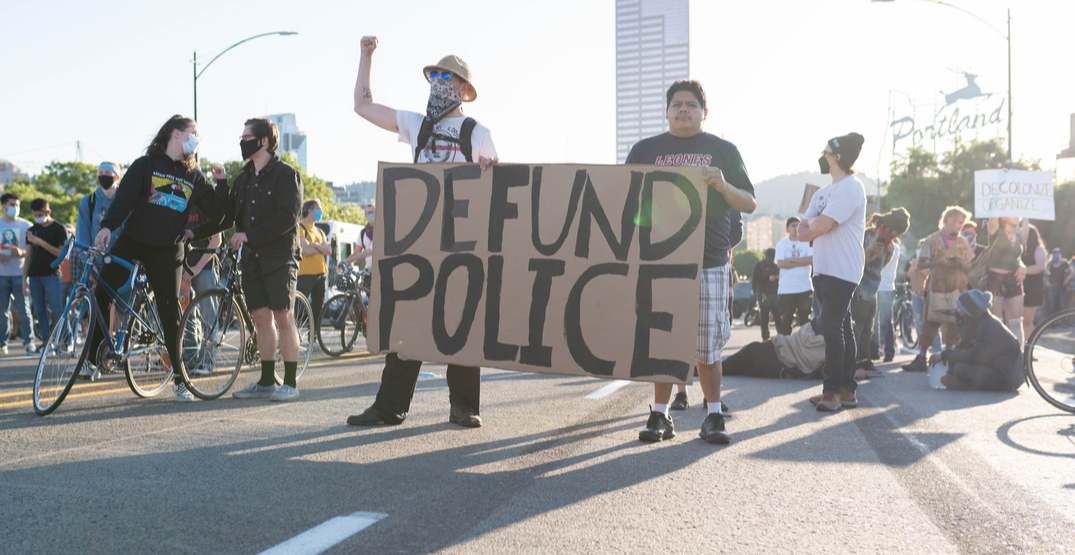 Portland Mayor Ted Wheeler announced a partial defunding of the Portland Police Bureau budget and other policy actions to be taken in the wake of the city’s protests.

Mayor Wheeler announced that the City of Portland will be redirecting $7 million from the Portland Police Bureau, with an additional $5 million from other avenues, to be invested into communities of color.

Along with budget reductions from the police, the mayor says that the Bureau will dissolve the gun violence reduction team, the school resource officer program (which was announced last week), and the transit police.

Mayor Wheeler also said that his office will ban the law enforcement’s use of chokeholds as a form of containment.

“What we’re witnessing is history unfolding right before our very eyes, and it’s a momentum we’ve not seen in generations,” said Wheeler. “Meaningful and lasting reform will take time, but I’m honored to play a role in helping usher in this new generation of reform.”

Newly appointed Police Chief Chuck Lovell said, “We’re listening, and we’re hearing, and we’re trying to align our department with what the community is asking for.”

He added, “We remain committed to building trust in the community, particularly communities of color, and delivering a high level of public service to the city of Portland.”