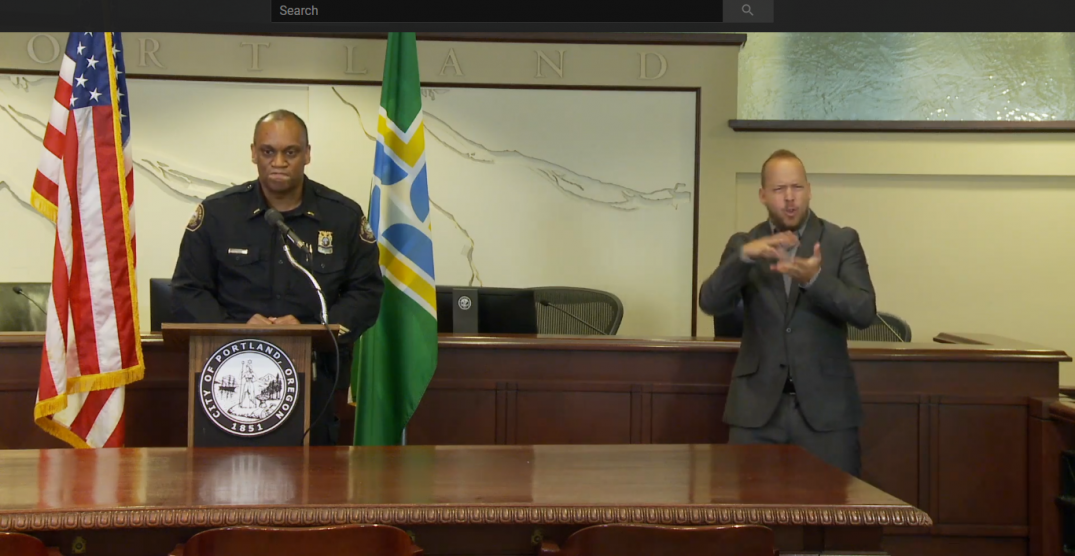 “I believe this change starts with trust and absolutely must come from the heart,” said Resch. “My position and the logistics of it will be figured out in the coming days, but that’s not important right now.”

Lovell, a former member of the Police Behavior Health Unit, has over 15 years of experience in crisis negotiation and human trafficking detail with the Portland Police Bureau.

“[Resch] said when you’re in this position, the only thing that matters is doing right for this Bureau and this community,” said Lovell.

“This is going to be hard. I don’t have any illusions about that. But meeting up every day at revolutionary square and marching into downtown Portland, standing up against injustice, that’s hard too,” Lovell added.

“We cannot lose sight of the fact that there are way more good police officers than there are bad ones.”

Lovell spoke about his conversations with communities, internal feelings with the police, and the struggle he’s seen matching up on important matters.

“We are here to serve you,” added Lovell. “We took an oath to serve and protect you. We need to learn how to get better together.”

Lovell also said that the “lack of care and compassion” is what stuck with him after watching the footage of George Floyd being detained and ultimately killed by police. “It almost felt like you’re not important,” he added. “That is the true enemy.”

“I am honored and humbled that so many people came out when it was somewhat short notice … to show support,” Lovell concluded. “All I can do is be me, and I’m looking forward to this journey.”