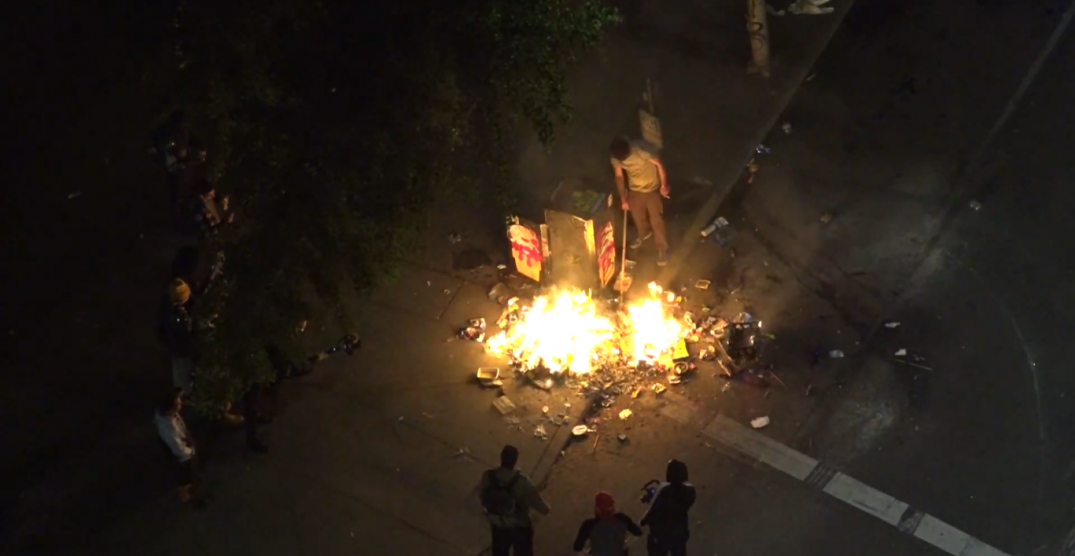 The Portland Police Bureau shared a montage video on Wednesday depicting clips from the point of view of officers during the protests, demonstrations, and riots that have occurred in recent months.

Clashes between protesters and the police have been shared on social media every day and night since demonstrations began on May 29, including almost daily updates from the police regarding events and arrests.

“For over a month police have responded to criminal activity in downtown Portland and in other neighborhoods that has caused millions of dollars in damage and has threatened human life and safety,” reads a tweet from the bureau. Titled “Recent Activities in Downtown Portland,” the video was also uploaded on the force’s public YouTube channel.

“At times, certain people in crowds have directed violence towards police, and other public employees,” says the narrator. “People have launched explosive fireworks directly at police, and pointed lasers in the eyes of officers.”

“Police have de-escalated, and moved away from large gatherings,” the video continues. “The Portland police looks forward to productive work with many partners in the days, months, and years to come. And joins with all people who desire the restoration of peace in every corner of the city.”