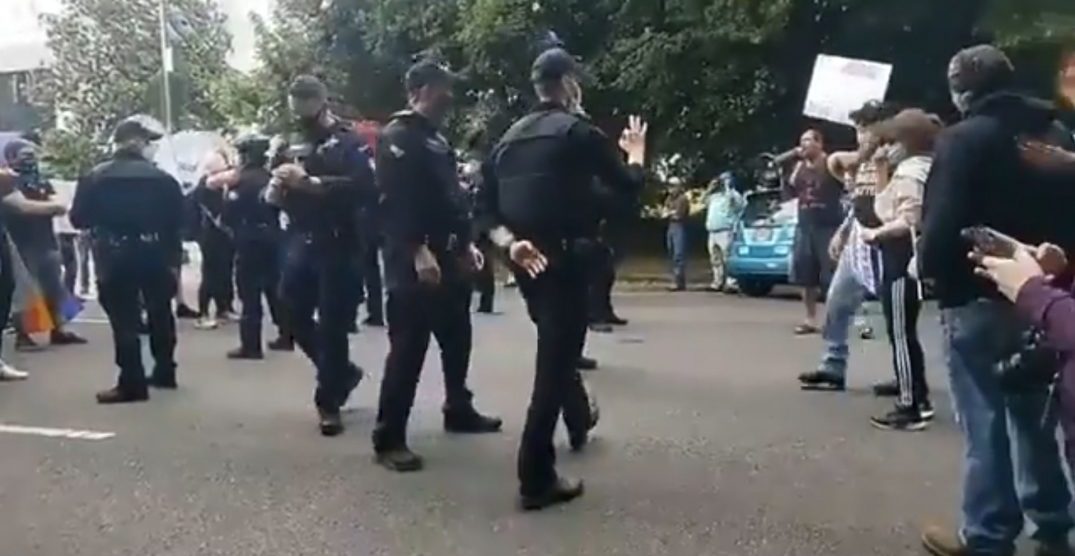 Oregon State Police have responded to a viral clip from a July 4 protest in Salem that depicts an officer allegedly using a hand symbol adopted by white supremacists.

The video sees the officer in question giving a counter-protester, who was wearing a “Black Bikes Matter” shirt, the “okay” hand gesture.

Although the hand symbol has an innocuous history, it has recently been adopted by white supremacists to represent white power.

In response to the accusations toward the officer, the Oregon State Police reviewed the incident and released the full body-camera footage of the event, which shows the officer flashing the hand symbol to a counter-protester who had fallen to the ground.

“An OSP trooper approached the man and asked if he was unharmed- while simultaneously displaying the hand signal commonly associated with ‘okay,'” reads the OSP’s YouTube description. “The trooper was wearing a face covering and operating in a noisy environment. Another trooper advised the man they would be taking his information, which they did for a criminal investigation.”

“Best available evidence indicates the trooper was simply checking on the man’s status,” continued the statement from OSP.