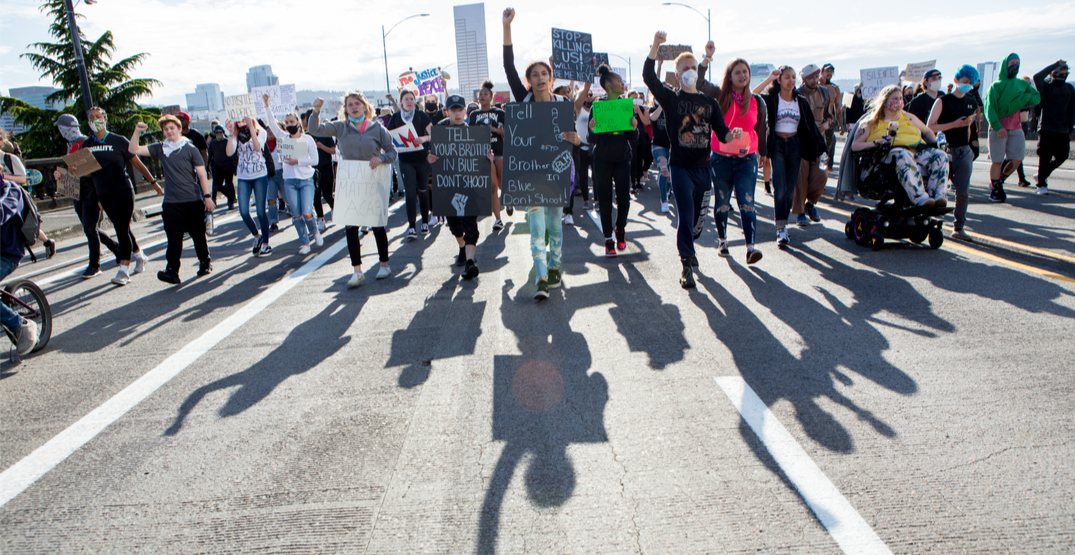 In a joint letter penned by Portland Mayor Ted Wheeler and Commissioners Chloe Eudaly, Jo Ann Hardesty, and Amanda Fritz, the City issued a statement regarding the historical significance of June 19, often referred to as “Juneteenth.”

“Today, the City of Portland formally recognized Juneteenth,” reads the letter. “Establishing June 19 as a formal day of remembrance and recognition.”

“Amid a nation-wide uprising in response to police brutality and systemic anti-Black racism, council formally apologized for 400 years of systemic violence and oppression against Black people in our city and nation.”

In recent weeks, the City Council has voted on new budgets that include small cuts to police funding and has spoken out in favor of the protests.

“Beginning this Friday, June 19 will be a paid City holiday,” added the council. “If you are off work on Friday, please make it matter … commemorate Juneteenth in a way that is meaningful to you — and, if you’re white, in a way that is challenging for you.”

The council letter also states that the leadership group does “encourage you to dig deep in the discomfort and find ways to disrupt racism every day,” before finishing with the “path toward healing takes time and work, and we’re committed to it.”

The statement comes on the heels of Oregon Governor Kate Brown’s notice that Juneteenth will officially be marked as a state-wide holiday starting next year.