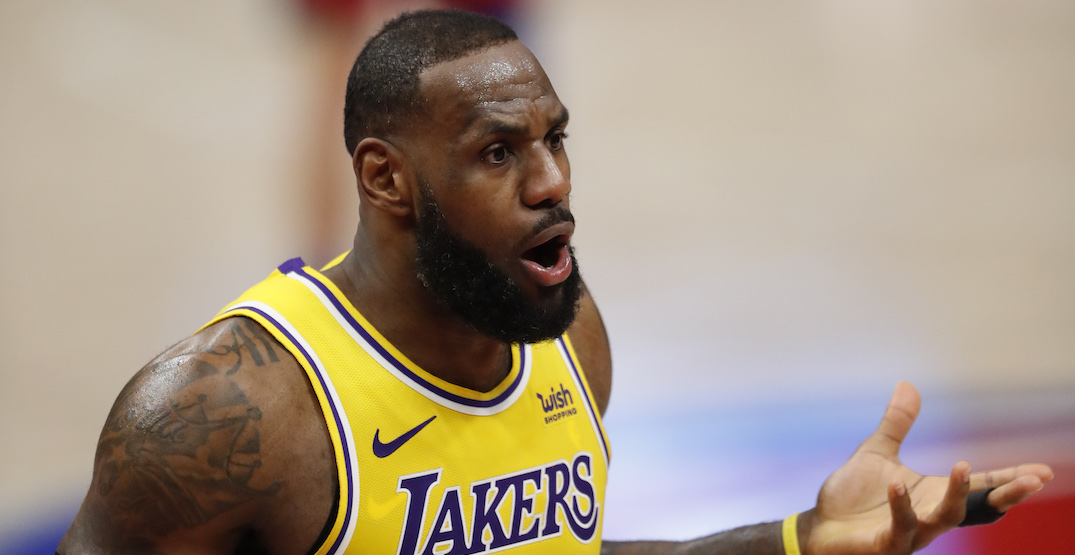 According to a report from Shams Charania and Tim Cato from The Athletic, LeBron is changing his jersey number from No. 23 to No. 6 next season. The change will be announced after the new Space Jam movie, which LeBron is starring in. Space Jam: A New Legacy is set to be released on July 16.

This isn’t the first time LeBron has worn No. 6, as that’s a number he has worn with the Miami Heat and with Team USA. In the Space Jam trailer, LeBron was seen wearing No. 6 for the “Tune Squad.”

Kobe famously wore two different jersey numbers with the Lakers — No. 8 and No. 24 — which are both now retired by the team and hang in the rafters at Staples Center.

Lakers teammate Anthony Davis is reportedly going to stick with No. 3 with the Lakers, despite the fact he wore No. 23 with the New Orleans Pelicans.