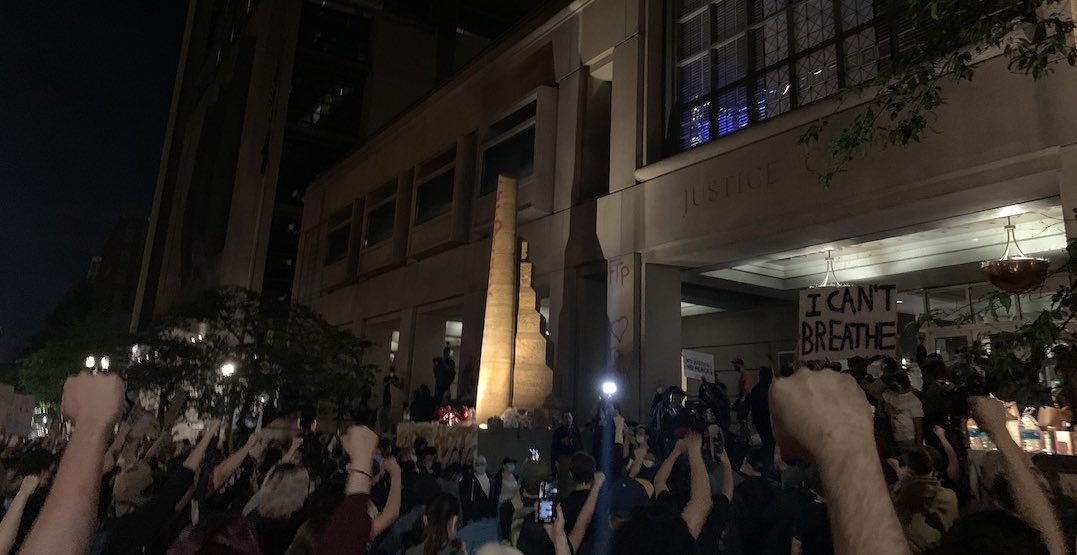 After a day of peaceful protests and vigils for George Floyd, posts shared to social media on Friday show a group of people breaking into Portland’s Justice Center.

The group was recorded throwing computers and hitting windows in the courthouse. Both Black and White protesters are seen in the videos.

Before the Justice Center, footage was captured of protesters peacefully marching and chanting “I can’t breathe,” “say his name, George Floyd,” as well as “hands up, don’t shoot.”

Following the riot, Portland Mayor Ted Wheeler announced a State of Emergency requiring individuals to be home by 8 pm.

I have officially declared a State of Emergency.

Curfew immediately in effect until 6:00 am today.

Resumes Saturday evening at 8:00 pm and lifts 6:00 am Sunday morning.

Coordinated vigils and protests hit Portland on Friday, as people of all creeds, colors, and backgrounds gathered (in masks) to be heard. Groups started descending on the Justice Center late last night, and more gatherings have continued to occur and grow.

With files from Wyatt Fossett and Alyssa Therrien.