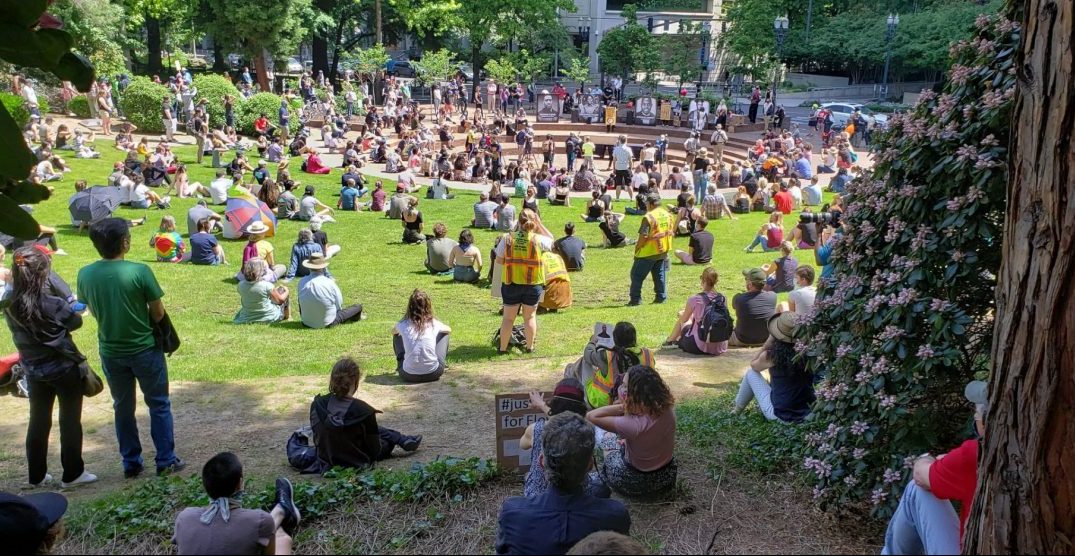 Portlandians took to the streets Thursday night, and again on Friday to stand in solidarity alongside those protesting the death of George Floyd at the hands of the Minneapolis Police, and for the lives and safety of African-American citizens.

Floyd, who was choked to death, while pleading for air, by a police officer on Monday has sparked a wave of protests and riots around the country. Many are now using the hashtag #RestInPower on social media.

Coordinated vigils and protests hit Portland on Friday, as people of all creeds, colors, and backgrounds gathered (in masks) to be heard. Groups started descending on the justice center late last night, and more gatherings have continued to occur and grow into Friday afternoon.

comrades are continuing to show up at the injustice center pic.twitter.com/vlb6s8Z8Ln

Bigger and bigger! Pdx is the shit. Sound on. pic.twitter.com/KIUM7OuqUl