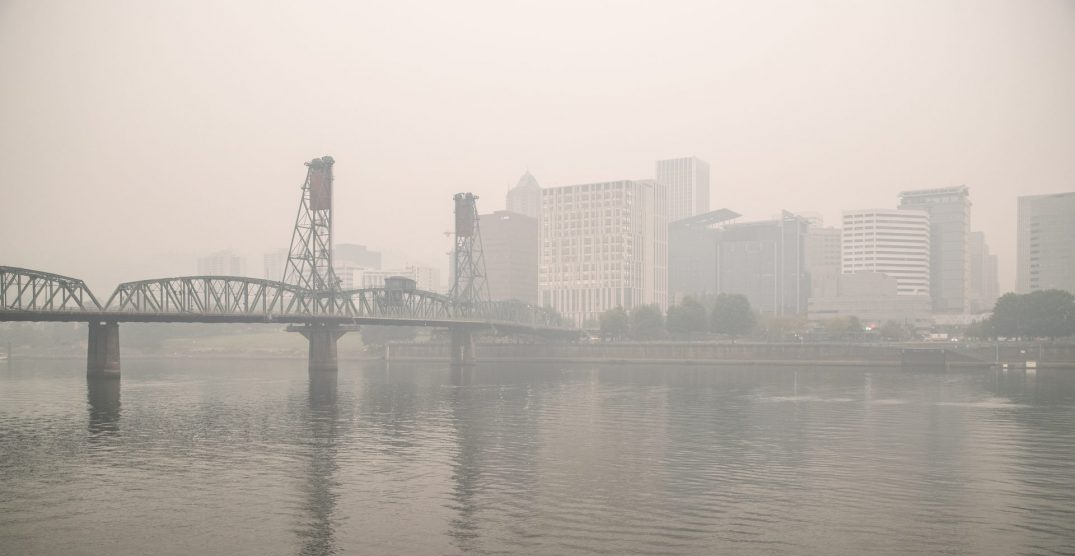 During a brief press briefing held by Oregon Governor Kate Brown this afternoon, it was mentioned that professional meteorologists see current windy weather conditions letting up in the next few days.

“Our fire fighting teams say they can feel it,” says Gov Brown.

So far, more than 1,500 square miles of Oregon has burned up due to the currently living wildfires across the state. Additionally, due to the smoke from the fires, Portland ranks as the worst air quality on Earth, followed closely by Seattle and San Fransisco.

So far, 500,000 Oregonians have been impacted by evacuations thus far, from Level 1 “prepare to leave”, Level 2 “get set”, or Level 3 “leave now” orders. As of September 10, four people have lost their lives.

Regions like Clackamas County have initiated a county-wide curfew from 10 pm to 6 am to help emergency services focus on the fires and avoid being spread too thin by crime.

“Great news on the front, relative to weather,” adds Chief of Fire Protection for Oregon, Doug Grafe. “We’re growing, with more confidence, that we will have moisture coming across the state.”