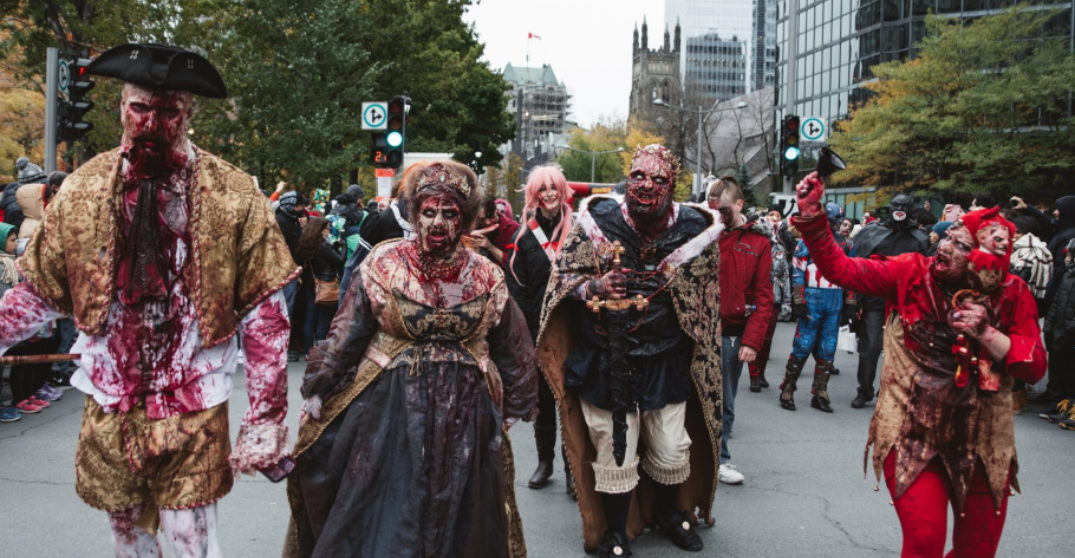 Admit it, you have a plan in place in case zombies take over Montreal.

And you know what? You’re a smart cookie. Because if a herd of zombies comes ambling down Ste. Catherine and you need to think of a place to run to, it’ll be too late.

When it comes to a zombie invasion, you have to plan ahead.

Halloween is nigh, which means the ghouls, the freaks and, yes, the zombies are getting ready to come out in Montreal.

Thankfully, we’ve devised a list of the best places to go when the zombie apocalypse finally saunters through Montreal.

Because let’s be honest, considering how the past 18 months have gone, is anything really impossible in today’s world?

Grab your pitchfork, get to the high ground, and remember to be smart. Here are the best places to go in case of a zombie takeover in Montreal.

When it comes to zombies, you need a good vantage point, and where could there be a better spot than the three-peaked, 764-feet-high mountain?

Supplies would be scarce, but you’d get a great view of any oncoming attacks.

Obviously, all of Montreal is an island, so it’d be relatively easy to contain a zombie outbreak. But Île Sainte-Hélène is an island on an island and would be a bit easier to make sure those pesky undead herds don’t penetrate it.

If you’re willing to ditch the car and travel a bit more quietly, Île Sainte-Hélène has a slew of bike paths so you can go get supplies.

You can even drift into the middle of the Saint Lawrence River and be really safe.

Fill this bad boy up with supplies, some beds, and heck, even fire up the jumbotron for Netflix nights, and you’ve got yourself an impenetrable fortress.

The Old Port’s Sailor Memorial Clock Tower has three observation stops along the staircase and stands at 148-feet high, making it an ideal spot to be on the lookout.

You’re also close enough to the water for an emergency getaway.

When it comes to protection from zombies, how do concrete boxes sound?

Who knows, maybe in a pinch you’ll need to climb to the top of these bad boys for added protection?

Depending on how long we’re in for this upcoming zombie apocalypse, you and your clan might need a lot of supplies.

When that becomes the case, where better than the Eaton Centre? You’ve got an entire food court in the basement and plenty of supply outlets to keep up with inventory.

Think about all of the cool zombie apocalypse outfits you could have!