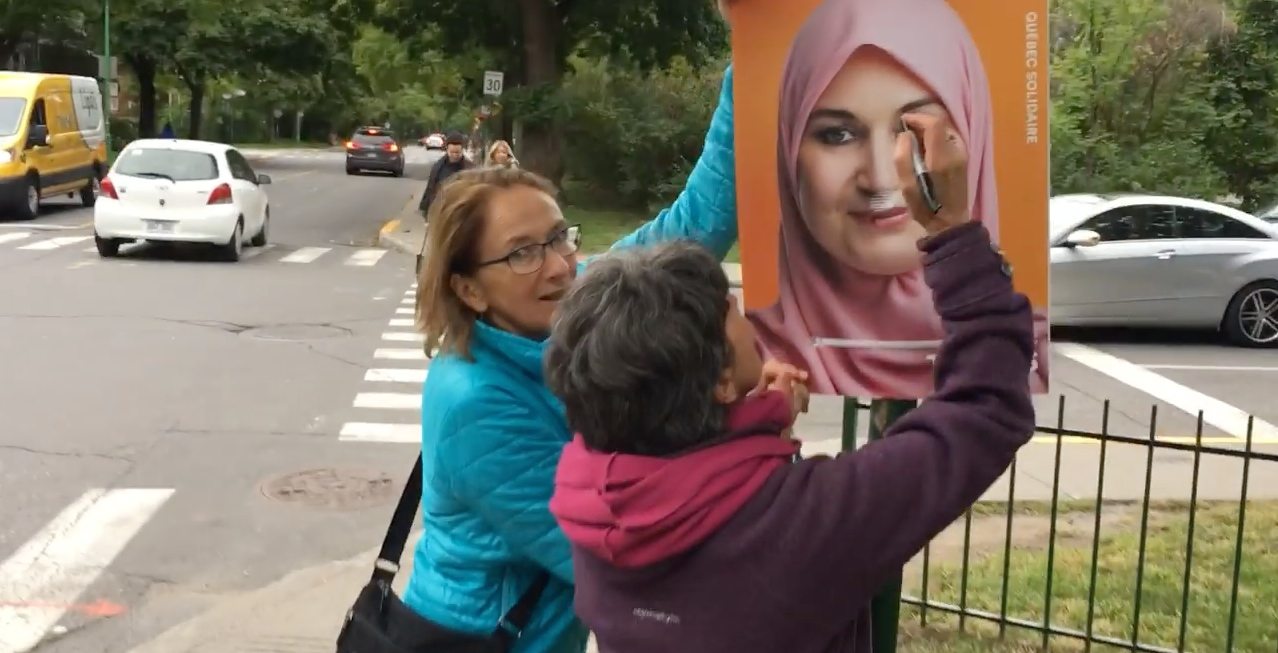 A Montreal man has filed a complaint with Élections Québec after he witnessed and filmed two women vandalizing an election sign in Outremont.

The sign advertises the election candidacy for Ève Torrès, a Québec Solidaire candidate who is Muslim and wears a hijab.

Timothy Merlis, who shot the video and shared it on social media, has filed a complaint with Quebec’s Chief Electoral Officer (DGEQ).

In the video, one of the women pulls down the sign and the other vandal writes “un État laïc (a secular state)” on Torrès’ headscarf while her accomplice looks at Merlis and laughs.

When he asks the women for their names, they replied “on dirait pas (we won’t say)” and walk away in a huff.

The video was posted on Sunday and has already received more than 88,000 views. People are responding to the video, urging police to get involved and that these two women should be held accountable.