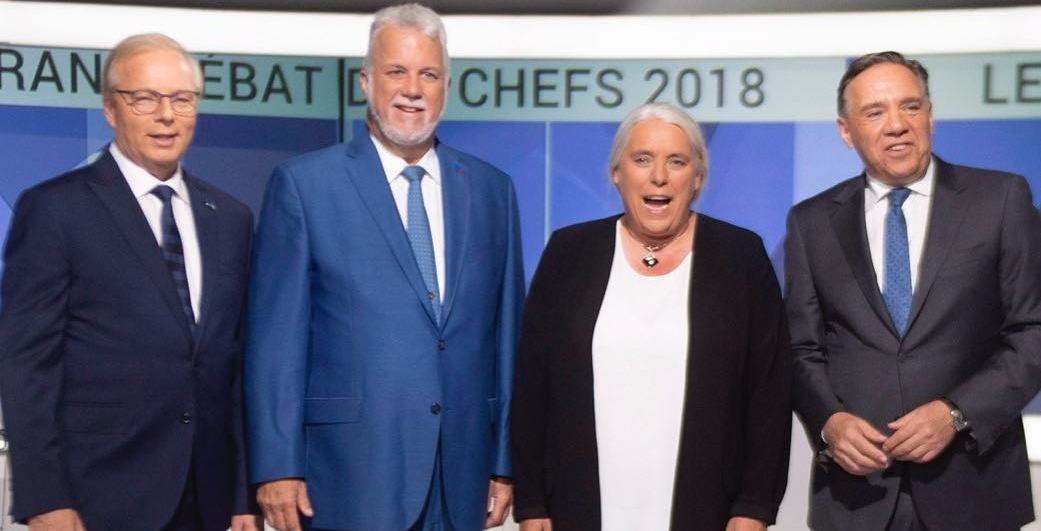 It may come as a surprise to some readers, but last night marked the first-ever televised English-language debate for a Quebec provincial election (the only other English debate was a radio event held back in 1985).

While experts are unsure how much this historic debate will affect actual election results, it was nonetheless a rare opportunity for English-speaking Quebecers to hear the issues debated in their mother-tongue. And perhaps even more significant, a moment where party leaders were forced to pay attention to issues of special concern for the province’s English minority.

The night was divided into six categories, each beginning with a voter question. Here’s a review of what went down. 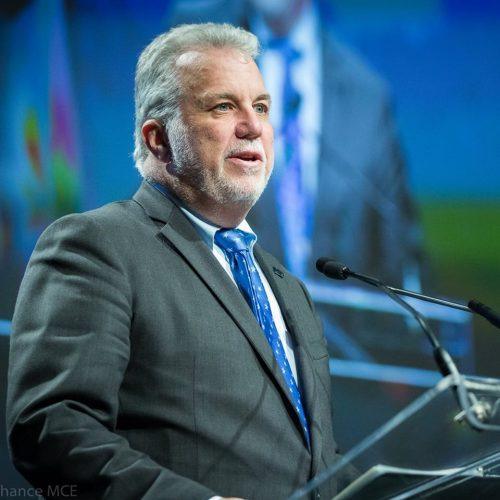 Quebec Premier Phillipe Couillard spent most of this period under attack for recent cuts to education. The Liberal leader pushed back by noting that a balanced budget was a promised first priority, and that now the Liberals were free to re-invest in education during a second term.

Figures show that approximately 30,000 students per year leave Quebec after college, mostly due to language and job issues. Yet when party leaders were asked how English Quebecers could be better prepared for the realities of working life in Quebec, Jean-François Lisée of the Parti Québecois and the CAQ’s Francois Legault both offered up generic proposals about better French emersion in schools.

In the end, despite the attacks, it was Couillard who was most eloquent on the rights of Anglo citizens and institutions, especially about the fate of the very contested English school boards. 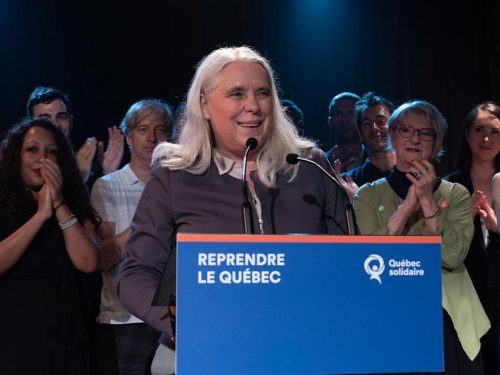 Polls say healthcare is the most important issue of the upcoming election. Following the voter-question, a big focus was placed on citizens with special needs and mental health issues. English access, especially in outer regions of the province, was also a central topic.

The PQ offered some solid proposals. Like expanding services in CLSC clinics to add full-time nursing staffs, a solution that would help with access to emergency services and relieve waiting times at overworked hospitals.

The Liberals proposed programs to help with early-care for autism, as well as full income support for adults with special needs who cannot work. The premier also noted the 49 super-clinics already built during his term and the 25 more in the works.

Québec Solidaire spokesperson ‎Manon Massé chimed in that the idea of free dental care being offered by the other major players was first proposed by her party. She also noted that their platform included keeping CLSC clinics open 24/7 for better service.

The voter-question set the tone with a focus on high tax rates, especially for seniors. The open debate portion then saw the three major parties going back and forth on who was focused on the wrong things.

It seems that the business-friendly CAQ want to focus on lower taxes and higher salaries, while the Liberals and PQ are focused on the serious labour shortage – with over 90,000 job vacancies in Quebec.

The Liberals noted that now that they’ve got the books in order, they can focus on reducing taxes in various sectors. 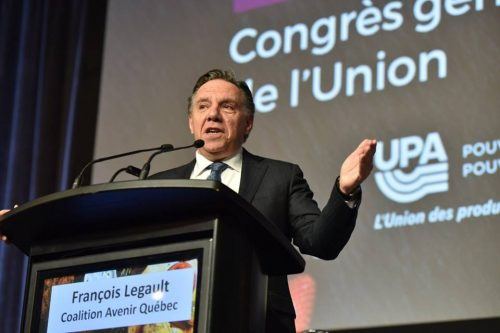 Integration problems, for both immigrants and English-speaking residents, was an oft-visited issue during the debate. According to attacks by the CAQ and PQ, 26% of immigrants leave Quebec within a few years of arrival, mostly due to French language and work issues.

Yet while Mr. Legault tried to turn this into a Liberal party failing, the CAQ’s proposal to implement French tests with potential expulsion for immigrants who fail it, was a very easy target. The leader in the overall polls received consistent attacks from all sides, and was accused of mistreating and scaring immigrants away before they arrive.

The other three party leaders did a solid job of presenting an open door for immigrants. But it was Québec Solidaire going the furthest, proposing quotas for the hiring of visible minorities from immigrant populations, and was the only party to propose a full inquiry into systemic discrimination and racism.

All parties agreed on the need to improve recycling infrastructure and other environmental concerns. Yet despite this unanimous support, much of the discussion remained vague, with a big focus on attacking the incumbent Couillard.

In the end, it was the PQ leader Lisée who distinguished himself as the most committed to an environmental vision. The PQ is proposing a transition to an electric public transit system, with plans to remove 300,000 cars off the road and save billions of dollars in public gasoline expenditures. The PQ also has a plan to pay citizens $8/day when they carpool. 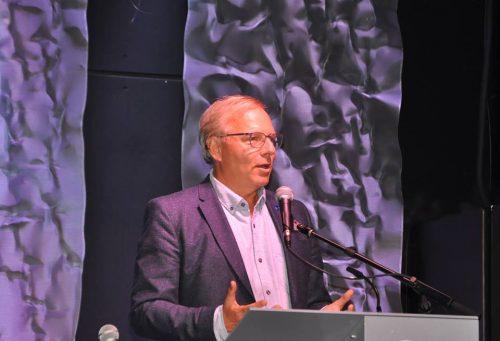 Quebec is home to 600,000 native English-speakers. Those numbers double to over 1.2 million when considering those who regularly speak English at home. So how does the government ensure that public jobs and services become more diverse and inclusive?

This was one of the final questions of the night and all party leaders handled it well. The closing remarks followed the theme of the night, which was a concerted effort by all to ensure that the English-speaking minority was a valued member of the provincial family.

With sovereignty off the table for the first time in a lifetime, it was refreshing to hear a political debate in Quebec free of the looming spectre of separation and language-issues. In summary, it was a civil affair that stayed focused on the issues.

However, with polls showing 50% of voters still undecided, we’ll have to wait until Oct 1 to see who really won.