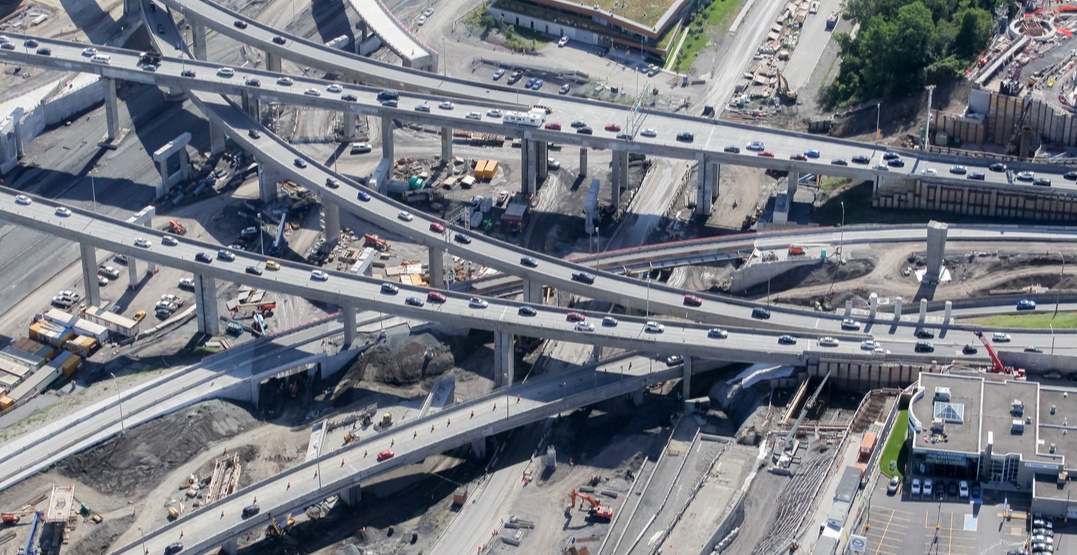 The Turcot Interchange will undergo some long-term changes, as major construction on the expressway will begin this coming Monday, and be ongoing until the end of 2019.

The first change is the closure of the De La Verendrye exit off of the Highway 15 South. The exit is slated to close tonight at midnight and won’t reopen until the end of next year.

On Saturday morning, the Girouard Street entrance southbound of the interchange will close and will also stay closed until just before 2020.

Drivers will be re-routed to the new portion of Highway 15 South and drivers heading North on the 15 will have access to a counterflow lane.

In January, construction crews will demolish part of the Angrignon overpass, which will result in traffic on Angrignon Boulevard between the Notre-Dame Street and the Lachine Canal to be funnelled into one lane in both directions.

On the plus side, the Atwater entrance and the exit to the 15 North are scheduled to reopen in mid-December since being closed at the start of this past summer.