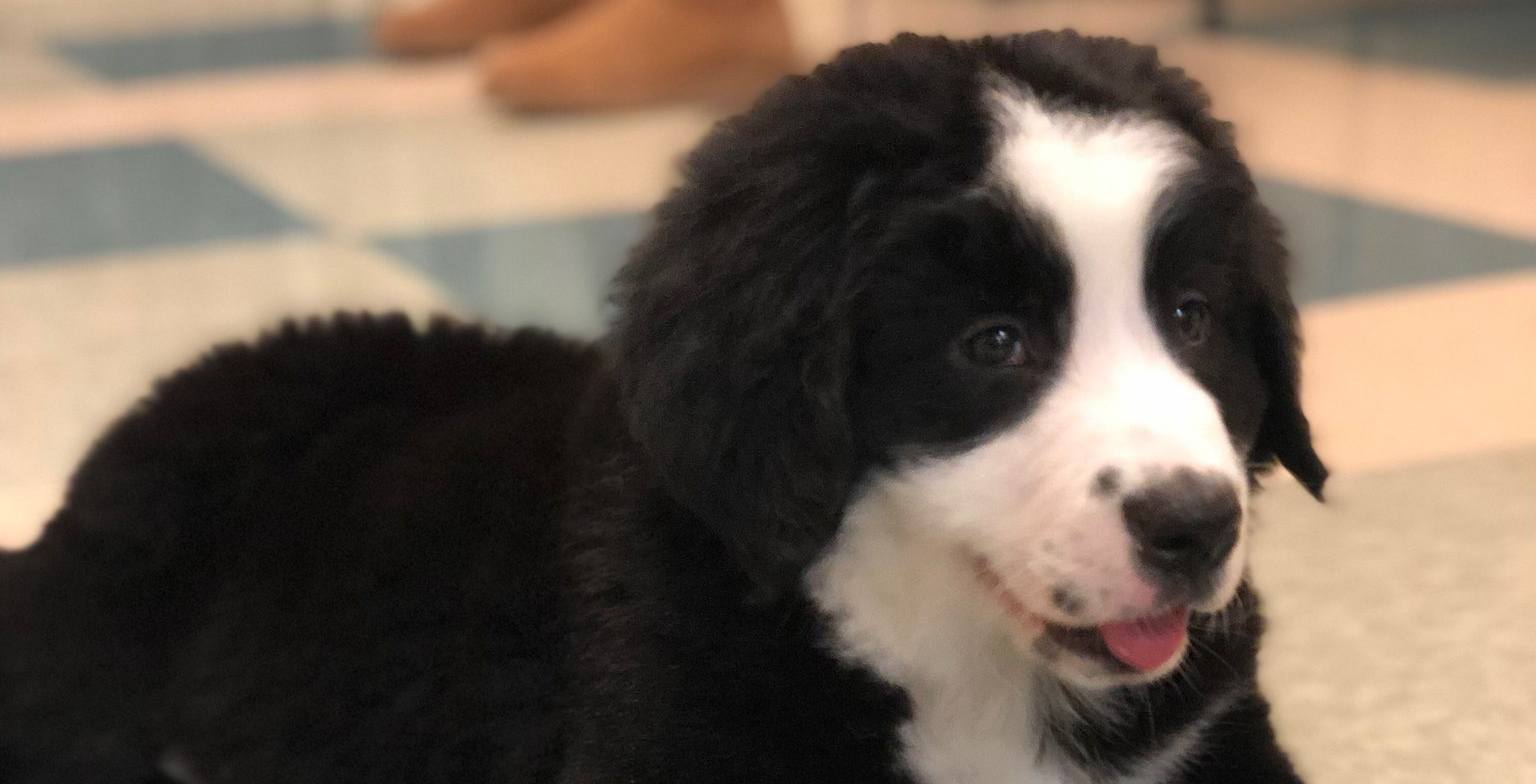 The Montreal Canadiens have added some adorable depth to their roster.

The pup, named Flambo, was born on October 3, 2018, to a mother named Lenga and a dad named, Price (obviously).

According to Mira, the dog is a second-generation Labernese. Saint-Pierres share the qualities of the Labrador and Bernese mountain dogs in equal parts, making it majestic, noble, a faithful companion and an excellent guide and assistant for all Mira beneficiaries.

Sounds like he has all the qualities to make for a pretty good defenceman, if he can get his weight up.

The Canadiens’ new puppy will be introduced to fans during a home game against the Nashville Predators on January 5. Until then, revel in the cuteness of the Habs newest addition.

In his role, Flambo will serve and empower someone in need and give autonomy and reassurance. pic.twitter.com/NvRv4LrnqZ

We picked up our foster puppy from @fondationMira today! The @CHCFondation will serve as a foster family to this little guy for the next year and we’ll be sharing updates of his progress. Thank you to everyone who submitted name suggestions.
Meet Flambo: he’s a very good boy. 🐶 pic.twitter.com/C5vwO82CBY

Fans will have the chance to meet the Habs dog at the Bell Centre, the Bell Sports Complex and at various community activities.

Founded in 1981, Mira is a non-profit organization that offers free guide and service dogs to people living with visual impairments, physical disabilities and children with Autism Spectrum Disorder (ASD).

Mira has allowed more than 3,000 people to have a better life by giving them a perfectly trained dog to assist in palliating their disabilities.