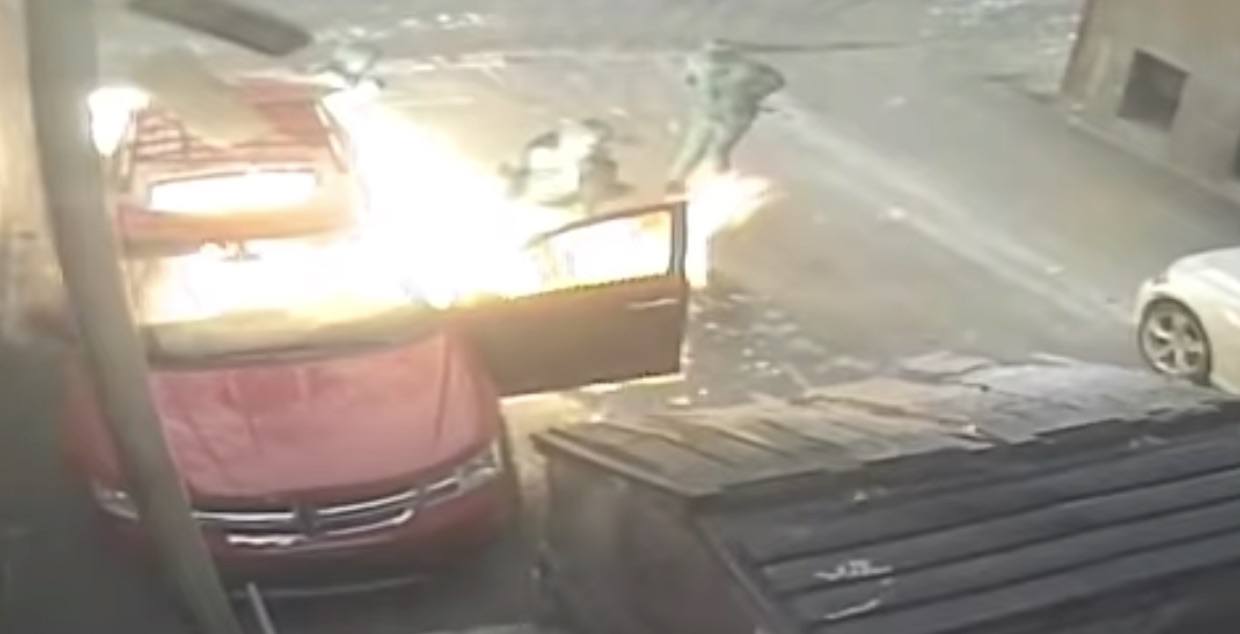 Montreal police are seeking the public’s help in locating three men who were involved in setting an SUV on fire on Wednesday morning.

The arson attack was caught on camera at 10:55 am on Wednesday in Montreal’s Mile Ex district.

The surveillance video shows three men walking around a red 2018 Dodge Journey, opening its doors and pouring liquid from a jerry can.

Seconds later, one of the men sets the car on fire and it immediately explodes into flames, knocking one man over before they all run off.

Police say the three suspects are all men in their twenties who likely have burns on their hands and faces.

The vehicle had an Ontario licence plate with the number BXNL 193.