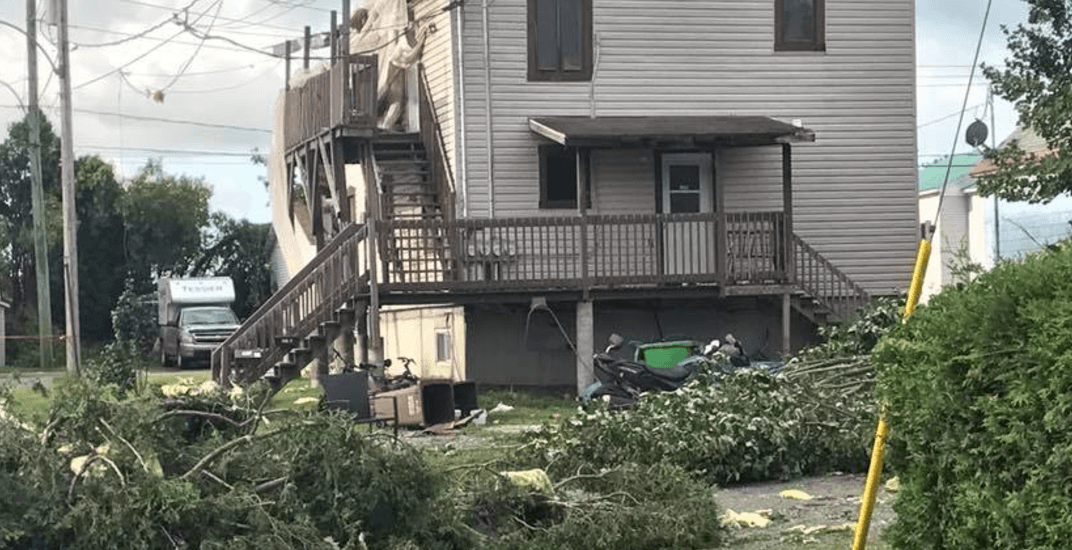 The municipality of Lachute, Quebec, just over an hour’s drive from Montreal, is undergoing a massive cleanup after yesterday’s storm as an apparent tornado ripped through the town causing significant damage.

Photos of the aftermath show toppled trees, broken fences, and a home with part of its roof ripped off.

According to a release from the City of Lachute, “an alleged Tornado went through a good part of the city, from the southwest to the northeast, passing through the municipal airport, using the Boulevard de l ‘ Aéroparc, and then Across the street from expo street, arena, and Cottingham streets and avenue de la Providence.”

Initial reports estimate that 300 homes were affected by the tornado.

“The City will undertake an assessment of the damage and meet with the ministry of public safety to discuss possible avenues as a result of this event, both for the city and for citizens,” wrote the City in the release.

Lachute is currently undergoing an assessment of the damage and meet with the Ministry of Public Safety to discuss damage control for the city and its residents.