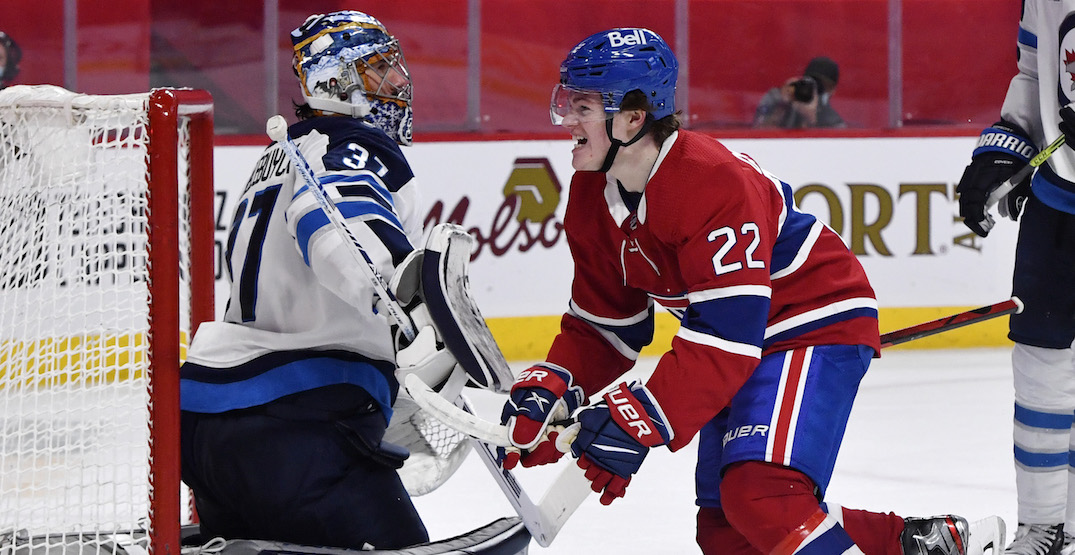 Remember a couple weeks back when people were talking about how much fun a potential second-round showdown between Auston Matthews and Connor McDavid would be?

Well, the Montreal Canadiens and Winnipeg Jets had other ideas.

Both teams pulled off stunning first-round upsets. The Jets won three straight overtime games to sweep the Edmonton Oilers; the Canadiens pulled themselves off the mat after falling behind 3-1 in the series to come back and deliver the latest playoff gut punch to the Toronto Maple Leafs and their fans.

Bragging rights are on the line here. The winner of this series will get to say they were the kings of the all-Canadian division in what will likely be its only season.

Here are seven storylines to watch for in this series, which begins on Wednesday.

The team that needed coming off a Game 7 won all five series. pic.twitter.com/i6n88wCvHj

On the other hand, there’s another series going on right between a team that swept its first-round series (the Colorado Avalanche) and a team that played seven games (the Vegas Golden Knights).

The Avalanche didn’t look rusty at all in smoking the Golden Knights 7-1 in Game 1 on Sunday. The Jets aren’t the Avs, though.

There’s a narrative that Carey Price stole the series against the Maple Leafs. While Price was terrific, Jack Campbell was pretty much just as brilliant at the other end of the ice. Price had a .932 save percentage in the series while Campbell had a .934. The goaltending was pretty much a wash.

It won’t surprise anyone if we end up getting another terrific goaltending duel in this series between a pair of Vezina Trophy winners in Price and Connor Hellebuyck.

Hellebuyck was tremendous against the Oilers, posting a .950 save percentage in the series and keeping McDavid and Leon Draisaitl in check. Price, well, you saw what he did against the Leafs.

This could be a low-scoring series.

The Jets may technically have home-ice advantage for this series, but it’s the Habs who are really going to get to enjoy the advantage when they play at home.

Loosened restrictions by the Quebec government allowed the Canadiens to host 2,500 fans at Bell Centre for Game 6 against the Leafs, the first game played in front of a live audience in Canada since the COVID-19 pandemic began. After completing the comeback against Toronto, they’ll be able to play in front of their fans again for Games 3 and 4 as well as a potential Game 6 in this series.

The Habs seemed to be feeding off the energy of the crowd in Game 6 and came out flying to start the game. They’re undoubtedly excited to get to play more playoff games in front of their fans at Bell Centre.

The Jets, meanwhile, haven’t played in front of fans yet this year, but are going to have smaller crowd in attendance for this series. They’re going to host 500 fully vaccinated healthcare workers for Games 1 and 2.

After suiting up for 54 of 56 regular season games, rookie defenceman Alexander Romanov was a healthy scratch for the entirety of Montreal’s first-round series against Toronto. Interim head coach Dominique Ducharme cited a desire to have more experienced players in the lineup for the playoffs.

It doesn’t seem like Ducharme necessarily has that much confidence in some of those more experienced players, though. In Game 6 the Habs were pretty much just playing four defencemen. In a game that lasted more than 75 minutes, Erik Gustafsson finished with just 6:39 of ice time while Brett Kulak had 6:13.

Jon Merrill played the first five games of the series, but played just 9:18 in Game 5 and was a healthy scratch for the final two games. It would have been unfair to Romanov to have him make his playoff debut in a Game 7, but if Ducharme has two defencemen in the lineup who he doesn’t trust, why not give Romanov a chance in this series?

There’s only one way he’s going to get playoff experience, after all.

5. Will Caufield break through?

Speaking of young players gaining playoff experience, what does Cole Caufield have in store for Round 2?

Inserted into the lineup for Game 3 after being a healthy scratch for the first two games against Toronto, Caufield hit a couple crossbars and looked dangerous at times against the Leafs, but finished the series with just one point in five games. It was a big point, though — his assist on Nick Suzuki’s overtime winner in Game 5 after intercepting an Alex Galchenyuk pass and starting a 2-on-0 to keep the Habs alive.

Nick Suzuki scored 59 seconds into overtime as the @CanadiensMTL quelled a three-goal rally by the Maple Leafs to stave off elimination and cut the deficit to 3-2 in their First Round series. #StanleyCup#NHLStats: https://t.co/dNdI2w8Id8 pic.twitter.com/GOm0a2OUVE

The Habs managed to beat the Leafs despite not really having anybody who was particularly hot offensively in the series. Tyler Toffoli led the team with five points in seven games while Jesperi Kotkaniemi led them with three goals.

Montreal averaged just two goals for per game in the first round, which was the lowest of any team that moved on. Price could definitely use some more goal support in this series. Caufield’s someone who has the tools to provide it.

6. Will Tatar get another chance?

Tomas Tatar was Montreal’s leading scorer in the regular season last year with 61 points (22-39-61) in 68 games, but he just hasn’t looked the same since.

Tatar was pretty invisible in the bubble last year, failing to record a point in nine of the Canadiens’ 10 playoff games. He had a disappointing regular season this year, scoring just 30 points (10-20-30) in 50 games, and now he finds himself a healthy scratch in the playoffs.

Tatar had just one assist and three shots on goal in five games against the Leafs. He was going to be a healthy scratch for Game 3, but then got to play after an injury forced Eric Staal out of the lineup. Tatar did end up as a healthy scratch for the final two games of the series, though.

It certainly hasn’t been the season Tatar was hoping to have heading into unrestricted free agency this summer. It’s possible he’s already played his last game in a Habs uniform, but maybe Ducharme will give him one more chance to show he can contribute in the playoffs.

Montreal and Winnipeg split six regulation games in their season series this year while the Jets took all three games between the teams that were decided in 3-on-3 overtime. Part of the reason the Habs didn’t have more success against them is that they didn’t do a good job of containing the Jets’ best players. As a result, Winnipeg averaged 3.11 regulation goals for per game against Montreal.

Kyle Connor had 10 points (6-4-10) in nine games against the Canadiens this year. Nikolaj Ehlers had nine (4-5-9) in eight. They did a slightly better job against Mark Scheifele (1-6-7 in nine games) and Blake Wheeler (2-4-6 in seven games), but didn’t shut either down by any means, not the way they were able to shut down Auston Matthews and Mitch Marner in the first round, who finished the series with a combined total of one goal.

Keeping the other team’s best players off the scoreboard is pretty good blueprint for success. The Habs are going to have to figure out a way to do a better job of that against the Jets than they did in the regular season.

Also, in case you’re wondering how this year’s playoff format works after this, the four division champions are going to be re-seeded for the semi-finals. We already know the winner of this series will have the worst regular season record of the four remaining teams, meaning they’ll be facing the winner of the Colorado-Vegas series in the next round, who we already know will have the best regular season record remaining.

Game 1 goes from Bell MTS Place in Winnipeg at 7:30 pm ET on Wednesday.