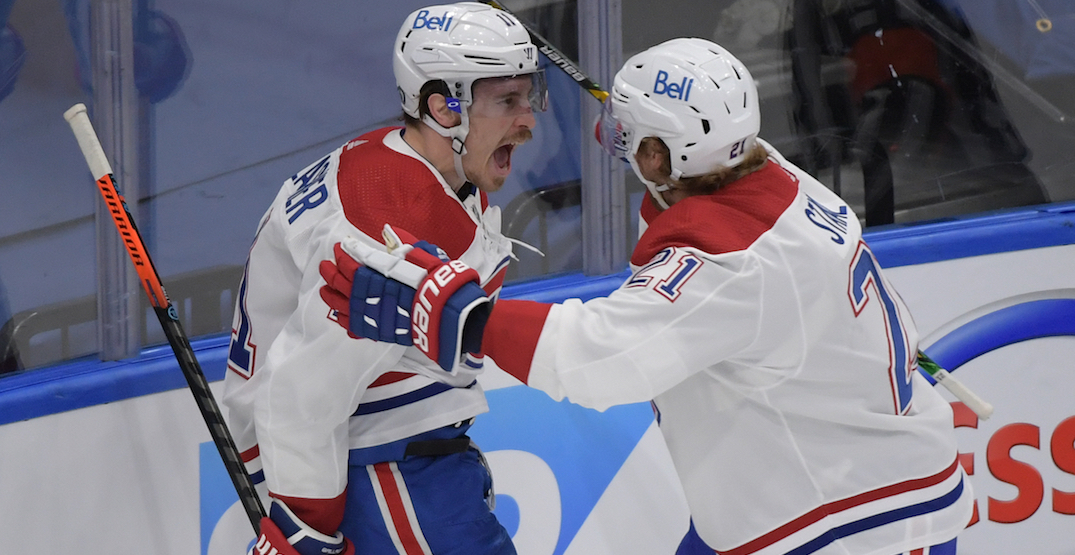 The Montreal Canadiens completed a 3-1 series comeback against the Toronto Maple Leafs, advancing to the second round with a 3-1 win in Game 7.

The Canadiens came back from a 3-1 series deficit for the third time in franchise history and the first time since 2010, when they stunned the Presidents’ Trophy winning Washington Capitals in the first round.

Being played in front of 550 fully vaccinated healthcare workers at Scotiabank Arena in Toronto, the game was scoreless after an opening frame in which Montreal outshot Toronto 12-8. Brendan Gallagher scored his first goal of the series early in the second period, and Corey Perry added on later in the frame, scoring on the power play for the second straight game.

Despite outshooting the Habs 16-5 in the third, the Leafs just couldn’t solve Carey Price. Not until it was too late, anyway. Dating back to 2013, this loss was the Maple Leafs’ eighth straight in a playoff game where they had a chance to close out a series. And now Toronto heads into an offseason that will be full of questions about this team’s ability to win in the postseason after five straight years with trips to the playoffs that have not resulted in a single series victory.

The Leafs cruised to the best record in the North Division this season. They were heavily-favoured in this series against the Habs. They took a 3-1 lead in the series, looking dominant in Games 2, 3 and 4 even after losing John Tavares in Game 1.

And yet, they once again failed to advance. In fact, the Leafs never even held a lead over the course of the final three games.

In particular, plenty of blame is going to be heaped on Toronto’s two biggest stars, Auston Matthews and Mitch Marner. After leading the NHL with 41 goals in 52 games in the regular season, Matthews mustered just one goal in this series, back in Game 2. Marner didn’t score, and has now gone 18 straight playoff games without scoring a goal. He hasn’t scored in the postseason since a two-goal performance Game 1 of the Leafs’ first-round series against the Boston Bruins in 2019.

Gallagher’s opening tally came on a long-range shot just over three minutes into the second period that beat Jack Campbell through his five-hole.

Perfect timing to score his first of the series.#GoHabsGo pic.twitter.com/uox67zPgM2

Campbell had been terrific in net all series and all season for the Maple Leafs, but this was an inopportune time to allow what he called “the worst goal of my career.”

An extremely emotional Jack Campbell on this Zoom:

"Just thinking of how hard our team battled and then for it to the end like that…the worst goal of my career [to Gallagher] happened in Game 7. It's unacceptable."

Perry extended Montreal’s lead to 2-0 late in the second period when he deflected a Nick Suzuki shot past Campbell.

After a Tyler Toffoli empty netter extended Montreal’s lead to 3-0, William Nylander got Toronto on the board with his fifth goal of the series to break Price’s shutout with 1:36 to go.

Nylander’s goal saved the Leafs from being shut out in a series-deciding playoff game for the second straight year after a 3-0 loss to the Columbus Blue Jackets in Game 5 of their best-of-five qualifying round series last year. It was far too little, too late, though.

The Canadiens are now heading to Winnipeg. They will open the second round against the Winnipeg Jets on Wednesday. The Jets have been off since completing a sweep of the Edmonton Oilers on May 24.