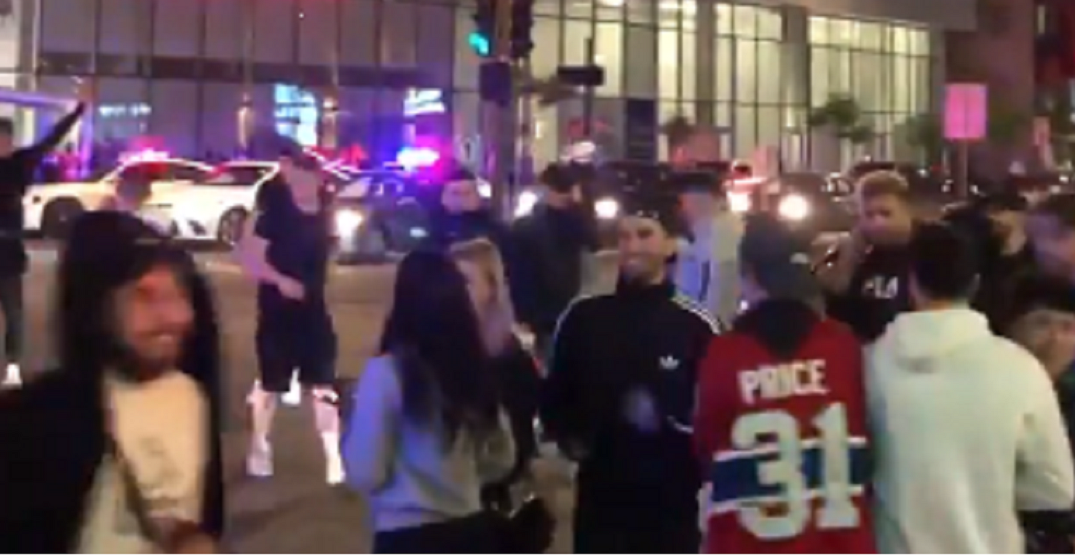 You could tell Montrealers had been waiting for this moment for, well, 42 years.

After beating the Toronto Maple Leafs in the playoffs during the first postseason meeting between the two teams since 1979, Canadiens fans were quick to celebrate through Montreal’s streets.

Despite being down 3-1 in the series, the Habs stormed back with three straight wins to take the first-round matchup in Game 7 on Monday night.

Goals from Brendan Gallagher, Tyler Toffoli and Corey Perry lifted the Habs to a 3-1 victory at Toronto’s Scotiabank Arena.

The Habs get right back at it tomorrow, facing off against the Winnipeg Jets in the second round of the NHL playoffs.

This entire line of traffic had to wait for the fireworks someone had set off in the intersection to burn out 😂😂😂 pic.twitter.com/DBV23CPP1P

Hats off to the Canadiens, and here’s hoping everyone celebrated safely.