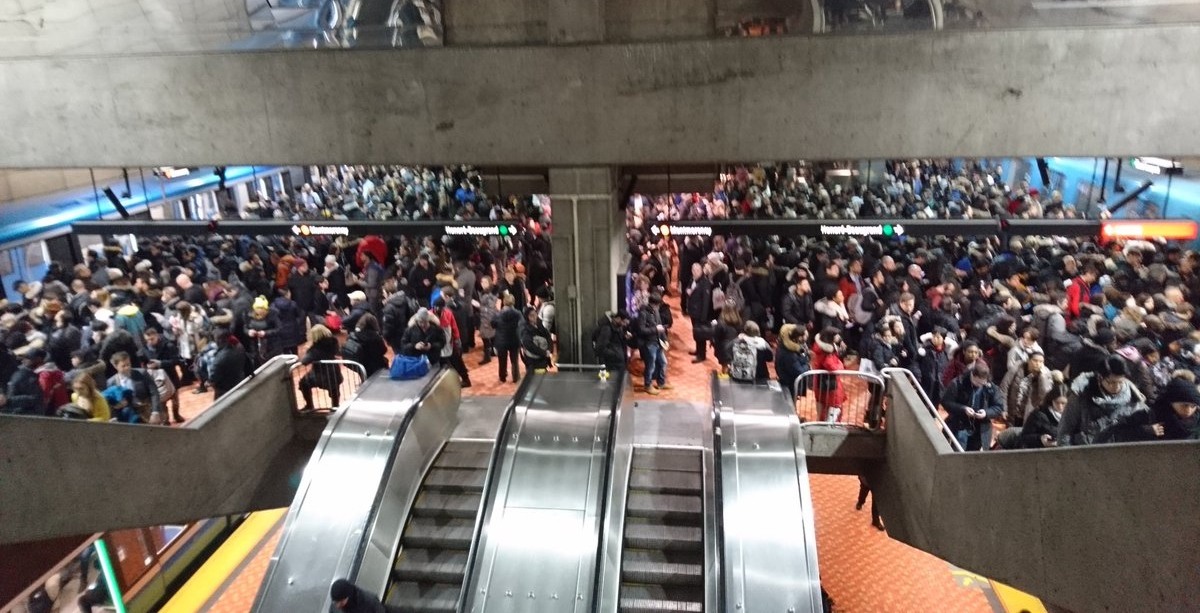 Earlier this morning, a service interruption jammed up the Green, Yellow and Orange Lines of Montreal’s Metro, leaving thousands of passengers stranded.

STM officials say the interruption was caused by a chemical irritant that was released near the Champ-de-Mars station.

The lines were affected for just under an hour during Wednesday’s morning commute rush hour.

[Service disruption] ⚠️🚇 The effects caused by the interruption of service followed by the slowdown on the Orange line are still felt on the network. We are working to restore the situation; thank you for your understanding.

STM officials say nine people were treated for coughing and sore throats at both Berri-UQAM and Champ-de-Mars stations. The symptoms were minor in all cases except one, where a passenger was affected enough and had to be transported to the hospital.

The chemical incident didn’t affect the entire metro network and stations had to be paused to make way for ventilation procedures.

Regular service resumed just after 9 am.