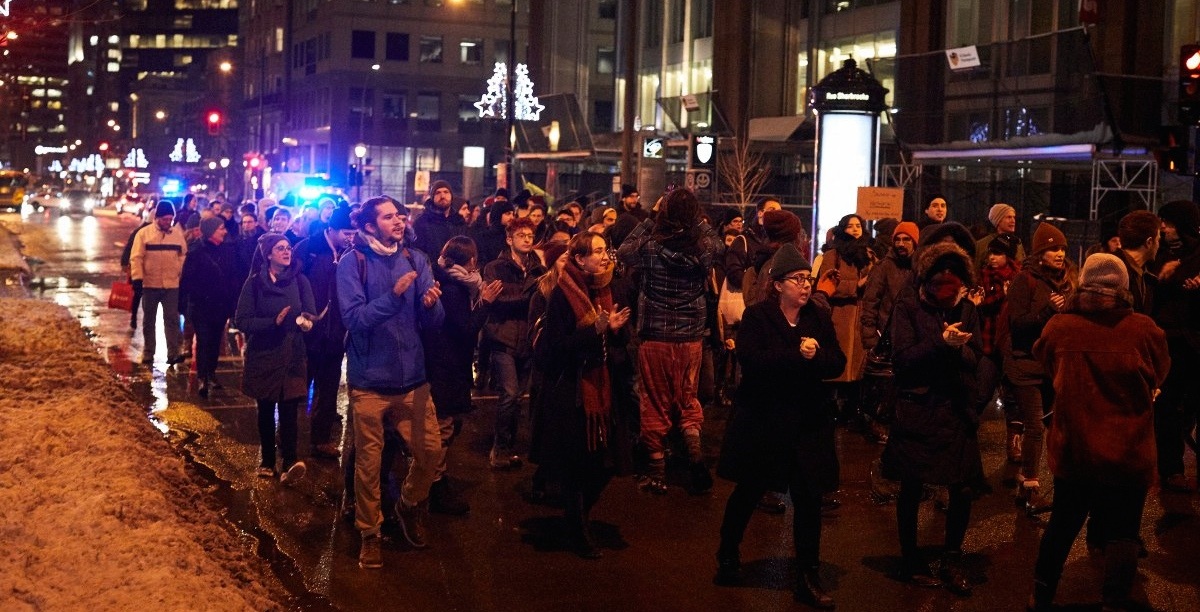 A day after the RCMP took down an anti-pipeline blockade in Wetsuwet’en territory in BC, demonstrations were planned across Canada and around the world to show support for members of the First Nation tribe.

The RCMP made 14 arrests during the take-down in BC and claims there were “various offences including alleged violations of the injunction order.”

The international day of solidarity with Wet’suwet’en was planned for yesterday and protests took place in Montreal with hundreds of protestors joining the cause, chanting against pipelines and the police.

The protest carried over to this morning, as inbound and outbound lanes of the Jacques-Cartier Bridge were slowed down this morning.

Hundreds were out for a spirited march in #Montreal tonight in solidarity with the #Wetsuweten @UnistotenCamp, chanting against pipelines and police. Look out for more actions in upcoming days! #wetsuwetenstrong #ShutDowncanada #manifencours #TheTimeIsNow pic.twitter.com/IOwu4j8ZTm

The #Unistoten solidarity demo in Montreal has taken to the streets. Over 100 people here. Chanting “fuck Trudeau, the pipelines have got to go!” #thetimeisnow #WETSUWETENSTRONG pic.twitter.com/0TWA2JG0n9