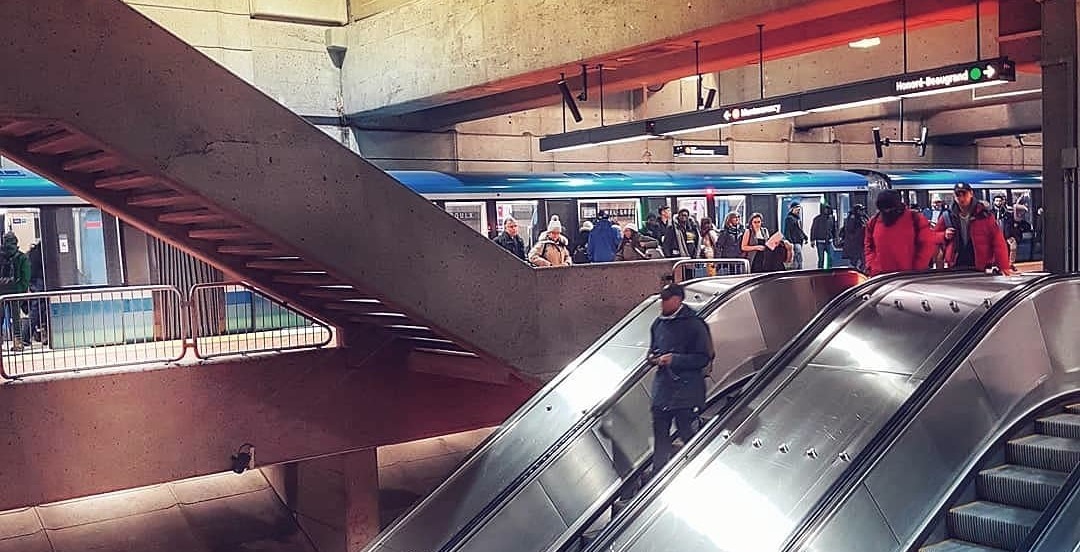 The STM is taking steps to decongest pressure on its heavily-trafficked Orange Line metro, especially between the Beaubien and Berri-UQAM station.

The line from Laval to downtown Montreal is constantly overcrowded during morning and evening rush hours.

Every day, more than 21,500 people ride the metro lines between Beaubien and Berri-UQAM which, according to the STM, is the busiest stretch in the city’s underground metro network.

Due to the REM construction, the western half of the Orange Line is expected to get even more crowded and “Mouvement orange” will add extra trains to the line during rush hour to unload pressure along the network as a result.

[#MouvementOrange] 🚇➕🚌 Every day, + than 21,500 people ride @stm_Orange between Beaubien and Berri-UQAM, making this section the busiest of the 🚇! Check our initiative aiming to improve public transit in this busiest area & various measures for the 🚌 and 🚇! -french only ⏬ pic.twitter.com/ASxX4HxZEq

Starting in September 2019, two trains will be added to the Henri-Bourassa station while three others will serve as a back-up on secondary tracks at Cremazie, Berri-UQAM, and Lionel-Groulx.

Also in September, some buses will add specific routes to alleviate the metro’s pressure. The 445 Papineau Express will run mostly parallel to the Orange Line. Starting at 20th Avenue and rue Bellechasse, the bus will travel south on Avenue Papineau before ending at Peel and De la Gauchetiere.

[#MouvementOrange] 🚌➕Next September, an interesting option to the 🚇 will be added with the new 🚌 line #stm445 Express Papineau! It will run on Papineau Ave. between Beaubien St. and René-Lévesque Blvd to the heart of downtown! pic.twitter.com/LrgmhDNnhw

The 480 will run from Guy and St. Mathieu along René Levesque to Park Avenue before heading to the Park metro station.

[#Mouvementorange] 🚌➕Next September, the #stm435 will be split in 2 to offer a better adjusted service thanks to the new express 🚌 lines #stm480 and #stm465! This will consolidate service on Parc Ave, another major corridor located about a kilometer from @stm_orange! pic.twitter.com/Pj1vZz2fSY

In a series of tweets, Mayor Valérie Plante said she hopes the new initiatives will convince Montrealers to ditch their cars and rely more on public transit.