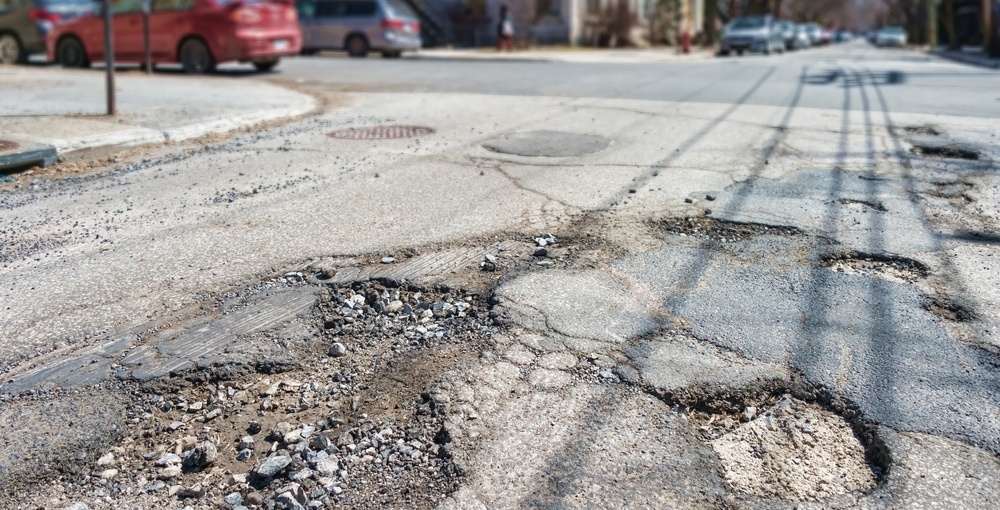 Quebec roads aren’t about to get any less bumpy as the CAA-Quebec has released preliminary results for the province’s ‘Worst Roads’ survey where a Montreal road currently holds the top unwanted distinction.

The fifth annual Worst Road campaign runs from now until May 24 and CAA-Quebec says over 12,000 motorists have voted since the survey started two weeks ago.

“Every day is a jolting reminder that Quebec is home to some astonishingly bad roads, but only the truly terrible ones can earn the coveted Golden Pothole award,” reads the CAA Quebec website. “Be our eyes and ears on the ground and take part in the Worst Roads – All Stars adventure and vote for your “favourite” road. Maybe it will become one of the worst roads in Quebec.”

Quebec’s driving organization estimates that it is 250 times more expensive to rebuild a road in Quebec after 15 years than to regularly carry out preventative maintenance.

After taking home the “top” spot last year, Boulevard Gouin Est in Montreal currently holds the number one rank as the worst road in Quebec.

Quebecers motorists are encouraged to visit the CAA-Quebec’s voting page to put in their input on the province’s worst roadways.

The preliminary list of the province’s ten worst roads is literally not very pretty:

Once road polls close on May 24, CAA-Quebec says they will present the results to the Quebec government. “With all that visibility, they’ll have a good chance of getting the repairs they so desperately need,” concludes the website.

As a disclaimer, CAA-Quebec reminds motorists that the use of electronic devices behind the wheel is strictly prohibited and poses as a safety risk. Violators may be subject to a fine, the loss of demerit points and suspended licences for repeat offenders.