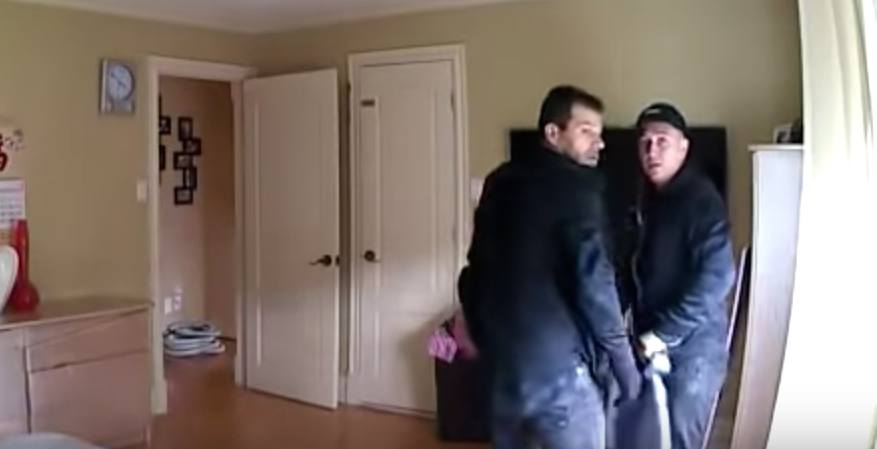 The SPVM is asking for the public’s help in identifying two suspects caught on camera during a break-in in the West Island.

Montreal police say two men entered a home in Kirkland through a window on September 29, 2018. The men allegedly stole laptops, an iPad, bottles of alcohol and cash.

The first suspect is a white man who stands at about 5’7” and weighs roughly 185 lbs. At the time of the break-in, he was wearing a black sweater, jeans, and a black baseball cap. According to authorities, the video appears to show him communicating to a third man outside.

The second suspect is a white male, who stands at about 5’9” and weighs approximately 180 lbs. He was wearing black jeans and a dark sweater with a white logo on it at the time of the crime.

Both men are seen climbing through the window before the first suspect notices the surveillance camera and re-directs it.

Anyone with help identifying the men, or any information on the case, are asked to call 911, visit their local police station, or call Info-Crime at 514-393-1133.