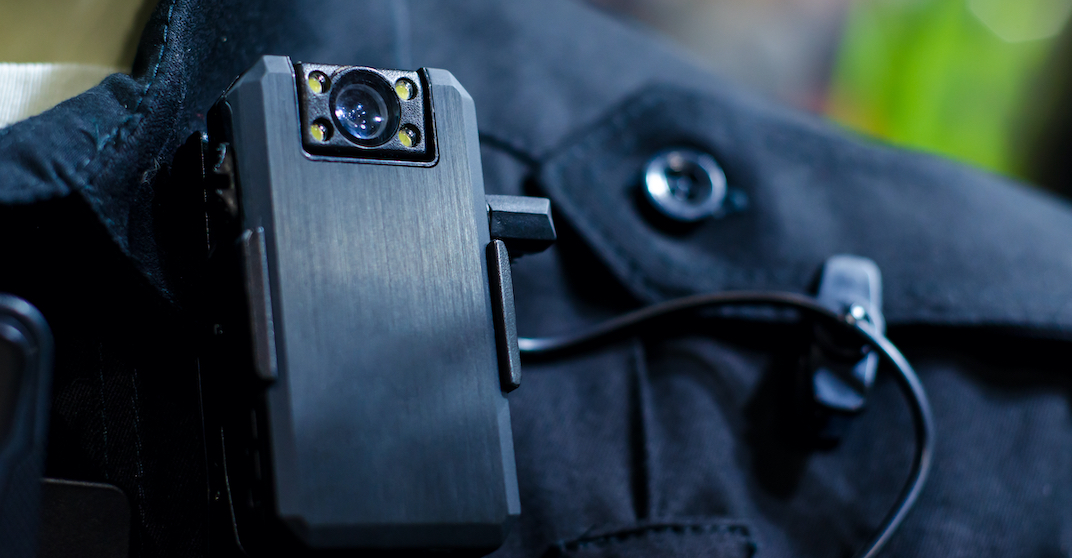 Sue Montgomery, the Mayor of Côte-des-Neiges — Notre-Dame-de-Grâce, says the time has come for Montreal police officers to be equipped with body cameras while on the job.

“We need police accountability and transparency,” she said, adding that her borough had unanimously adopted a motion on Monday night that would require SPVM (Service de police de la Ville de Montréal) officers to wear body cams on shift.

The motion comes two days after thousands of Montrealers protested through the streets of Montreal in a demonstration against police brutality and racial profiling, in which 11 people were arrested.

The body cam initiative is spearheaded by opposition party Ensemble Montréal along with the mayors of Côte-Des-Neiges — Notre-Dame-de-Grâce, Pierrefonds-Roxboro, and Montreal-Nord.

According to Lionel Perez, head of Ensemble Montréal, three elected members of Projet Montréal voted in favour of the motion on Monday night. The implementation of body cameras has been “disavowed ” by Montreal Mayor Valérie Plante in the past,  who, according to Perez, says the equipment, training, and new software would be too pricey for the City to afford.

Perez says body cams would ensure a “true portrayal of events” and change the “way officers think of acting towards potential suspects.” He added that cameras would help restore the faith in the public’s perception of police officers and it’s “something we all need.”

Montgomery made comparisons between George Floyd’s death to a “tragic history of police violence” in NDG, citing the deaths of 19-year-old Anthony Griffin in 1987 and 23-year-old Nicholas Gibbs in 2018 as examples.

She said she shares citizen’s anger with not trusting the police and body cameras would help to improve the public’s trust towards police services throughout the city.

Benoit Langevin, a City Councillor for Pierrefonds-Roxboro, called out the SPVM to “quickly” and “permanently” set up cameras and told the Plante administration that a change is “long overdue.”

Daily Hive contacted the SPVM for a statement and has yet to receive a response.