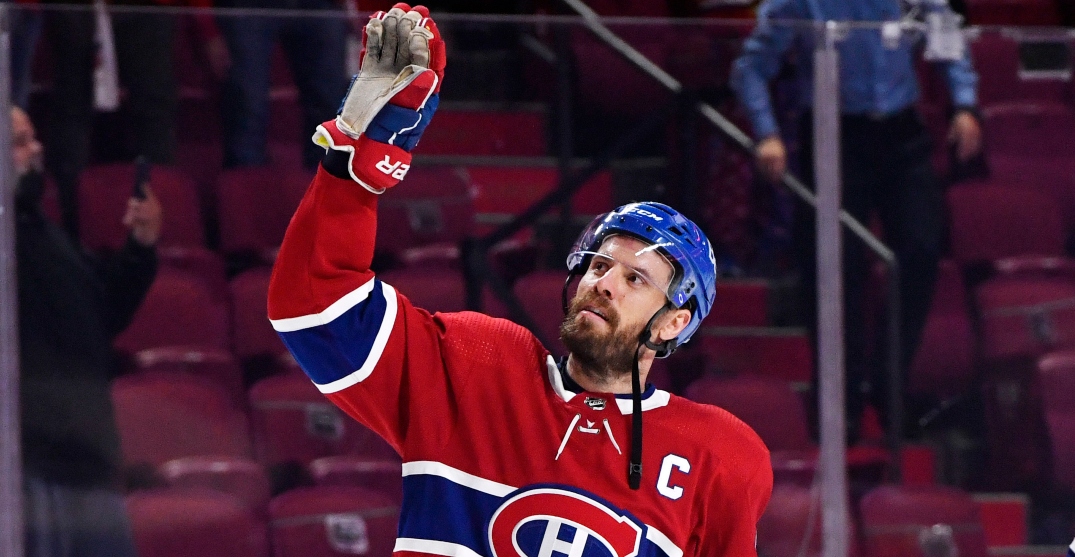 Shea Weber has played his final game as a member and captain of the Montreal Canadiens. And quite possibly, his last game in the NHL.

Weber missed the entire 2021-22 season with foot and ankle injuries and his playing career might be in jeopardy. The 36-year-old led the Canadiens’ defence in ice-time during the 2020-21 season which ended after a surprisingly deep playoff run, eventually losing to the Tampa Bay Lightning in five games in the Stanley Cup Finals.

Friday morning, Weber shared the following message to the Canadiens organization and its fans:

Growing up playing hockey in Canada, it’s every kid’s dream to play in the NHL. I consider myself extremely fortunate to have not only done that, but to have had a chance to do so for a Canadian team and a member of the Original 6.

Never in my wildest dreams could I have imagined playing for let alone being named captain of the Montreal Canadiens. Pulling on that legendary jersey every night was one of the greatest honours of my career and it’s something I appreciated every chance I got.

I want to thank my teammates, coaches, trainers, management, the entire organization, Geoff Molson and the Molson family, the Montreal media, and most of all, the fans for embracing me and my family and for making the city feel like a second home.

Montreal will always be in my heart.

A message from Shea Weberhttps://t.co/gBTETi6pNo

The Golden Knights will add Weber to their long-term injury reserve. The BC-native has four years remaining on a 14-year US$110-million contract he signed with the Nashville Predators back in 2012.

“This trade was one that worked for both teams,” said Hughes. “It will give Vegas the flexibility they needed, I think everyone knows that they needed room under the salary cap for this year.”

Hughes says the move gives the Canadiens “flexibility in the future if we need it” while also adding a “player that can help us offensively.”