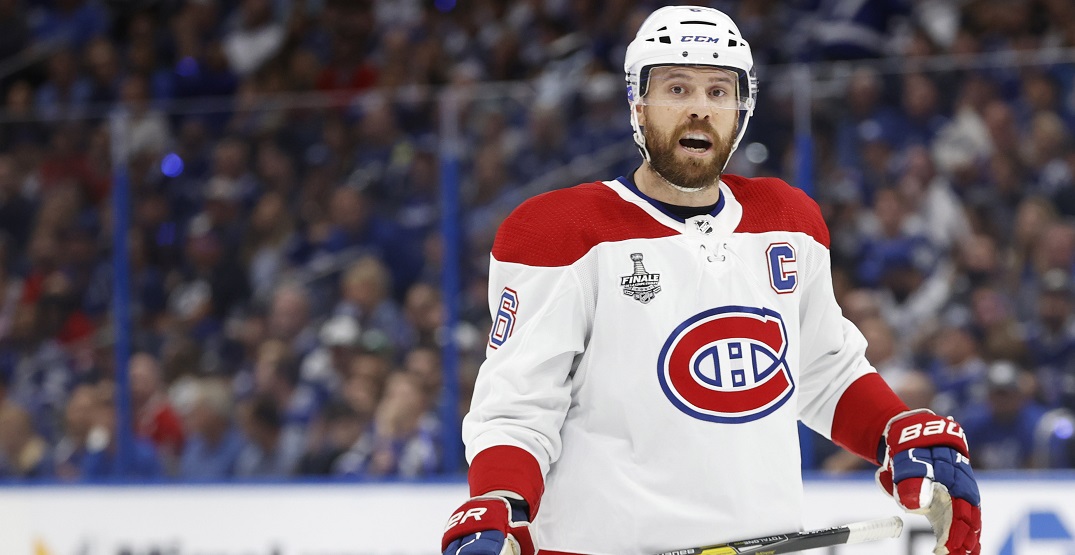 The Montreal Canadiens have announced that captain Shae Weber has been traded to the Las Vegas Golden Knights.

In return, the Canadiens will receive 33-year-old Russian forward Evgenii Dadonov, who recorded 43 points in 78 games in the 2021-22 season.

Weber missed all of the 2021-22 season while recovering from injuries he sustained in the 2020-21 season. Despite playing hurt in 2020-21, he still led the Canadiens defense in ice-time which led to a surprisingly deep playoff run before losing to the Tampa Bay Lightning in five games.

The Canadiens have traded defenseman Shea Weber to the Vegas Golden Knights in exchange for forward Evgenii Dadonov.https://t.co/e54vQSalzC

“First of all, I would like to thank Shea for all that he has done for and represented to the Montreal Canadiens,” said Canadiens GM Kent Hughes in a statement.

“Not only was Shea an exceptional hockey player who played through significant injuries in an attempt to bring the Stanley Cup back to Montreal, he was also a great leader whose leadership will have a positive impact on our team well beyond his time with us. I also want to welcome Evgenii Dadonov to our organization. He is a talented forward who has produced at all levels since the start of his career.”