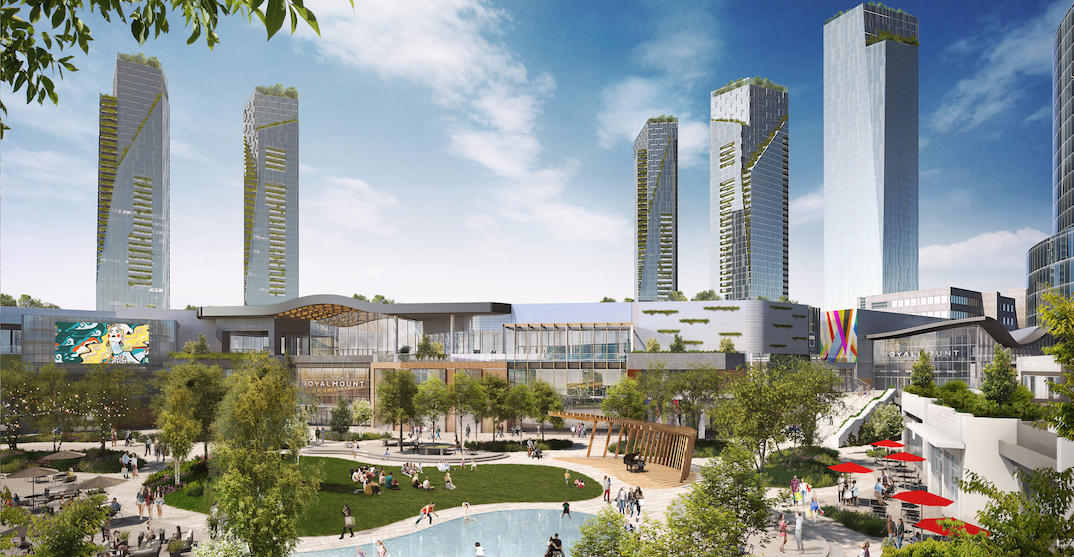 Developer Carbonleo has unveiled a new and improved version of its massive Royalmount project in the Town of Mount Royal.

The new vision consists of creating a 100% pedestrian eco-innovative neighbourhood that will encourage a “modal shift” — a way to make tranport less congested — as well as feature residential units, green space, a civic centre, local services and businesses, and cultural offerings.

“Our vision for Royalmount is completely different than it was five years ago,” said Andrew Lutfy, Carbonleo President and CEO. “We reviewed the essence of our project in order to make it an iconic destination where the serenity of nature meets the bustle and excitement of the city. We want to create an inclusive place where everyone’s values and aspirations will be shared and explored.”

According to Carbonleo, the mall, located in the town of Mount Royal, will consist of a variety of services, including hotels, offices, commercial establishments, restaurants, cinemas, concert halls and other types of entertainment venues.

The centre will cover 2.5 million sq. ft. and the first phase of the project is expected to be complete by 2022. 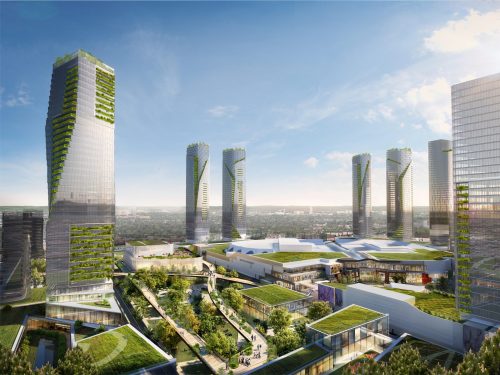 Royalmount will be a “fully pedestrian environment” and will include a number of measures to get people to change their habits, encouraging the use of “active transportation” and public transit. 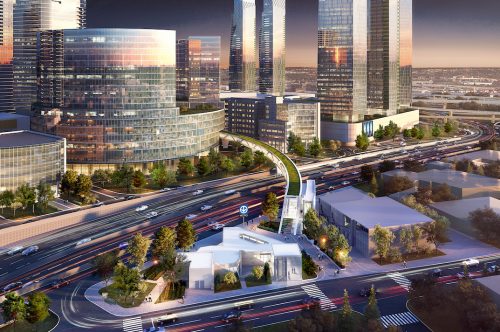 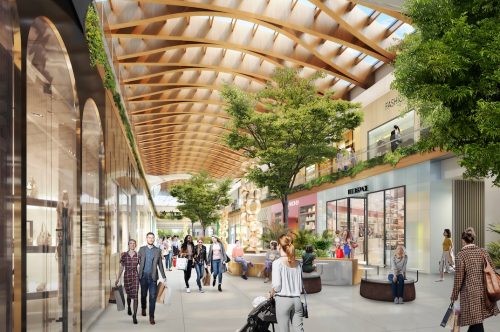 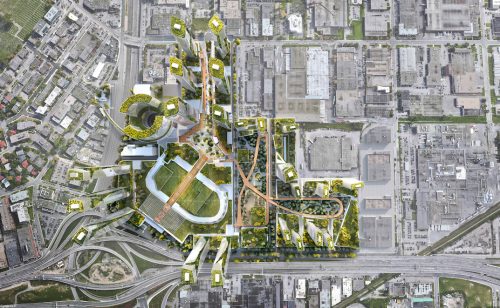 A covered pedestrian and bicycle path will be accessible year round, according to the release, and will connect underground to the De la Savane metro station where a public square will be set up.

Carbonleo also plans to build an electric shuttle system to make travel around the Royalmount site easier and are considering linking to the Réseau express métropolitain (REM) Canora station.

The site is expected to benefit from 500 bicycle parking spots as well an additional 1.5 km of cycling paths, extending to downtown Montreal.

Découvrez Royalmount from Carbonleo on Vimeo.