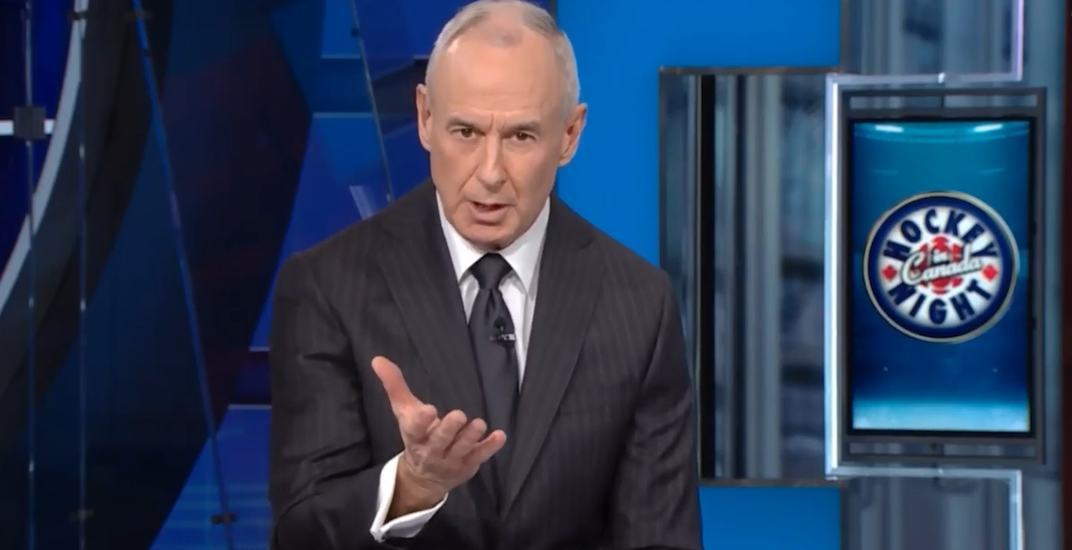 “Coach’s Corner is no more.”

Those were the words of Ron MacLean, who addressed the country during the first intermission on Hockey Night in Canada on Saturday – the first since Don Cherry was fired.

“We are all hurting,” said an emotional MacLean. “I have collapsed a hundred times this week, if not more. We are all disappointed… I’m disappointed in me.”

MacLean has clearly had a difficult week. He was under fire for not speaking up last week during Cherry’s rant.

He apologized the next day on Hometown Hockey, condemning Cherry’s comments in the process, calling them “hurtful” and “discriminatory.”

Cherry later said that he was “disappointed” in MacLean, his longtime Coach’s Corner sidekick and close friend.

MacLean said on Saturday that he has communicated with Cherry, speaking at length with the 85-year-old icon on Monday. But MacLean also reiterated that he disagreed with what Don said.

“I felt so bad, and I apologized immediately,” MacLean added. “And Don, you know Don. Defiant. There were steps that needed to be taken because of what had been said by Don. And he didn’t want to do those steps. So he made his choice, and I made mine.”

MacLean said he thought about “falling on his sword too,” but decided that he had to have the courage of his convictions.

Despite their disagreement, MacLean clearly still cares deeply about his friend.

“You know I love you (Don) so much… Just a fantastic human being. I love you very much and we honour you tonight in this last talk about a Coach’s Corner.”