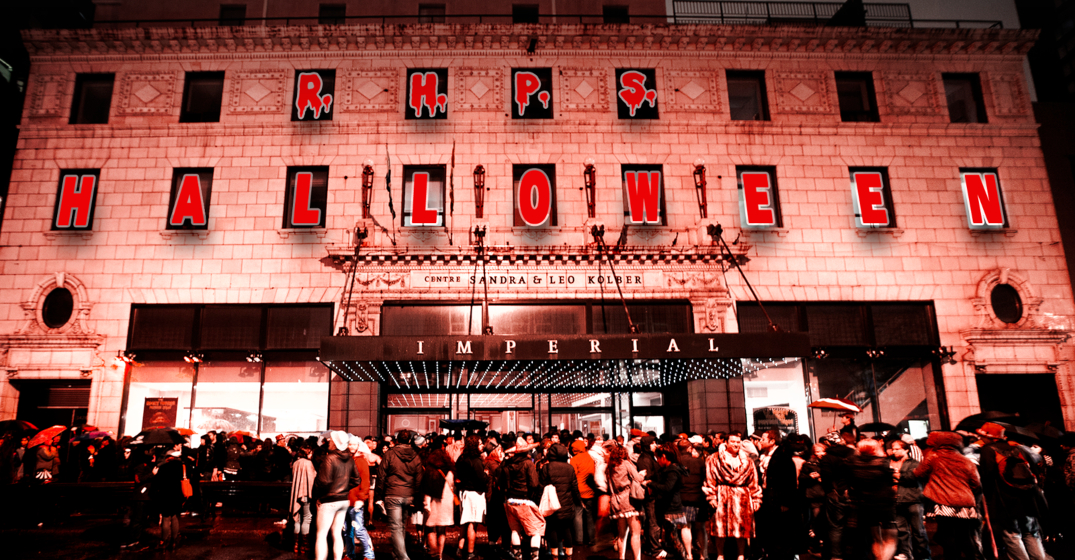 Halloween in Montreal isn’t complete without checking out our iconic screening of one of America’s favourite cult classic films, The Rocky Horror Picture Show.

The Montreal Halloween Ball, the largest Rocky Horror Picture Show event in North America, is returning this year, after taking last year off due to the pandemic.

In order to adhere to health measures, this year’s edition will “look different” compared to past editions, according to the RHPS Montreal website.

Primarily, there won’t be a shadow cast this year — meaning an ensemble of actors will not be performing on a stage as the 1975 cult classic film plays on screen.

There will be a screening of the film where guests are encouraged to dress up, yell, sing, dance, and throw special props around the room.

The film follows two young lovers, Brad and Janet, who set out to visit their old teacher. On the way there, their car breaks down and they’re forced to walk up the road to a creepy castle to find a phone. Instead of finding a phone, they find a mad scientist aka a “sweet transvestite from Transylvania,” who has chosen to bring his own creation to life.

Patrons are also urged to dance whenever the film’s Time Warp begins. (Jump to the left, put your hands up, step to the right, bring your knees in tight, pelvic thrust times five.)

Certain events in the movie demand that props be thrown. (Just don’t throw them at the stage or screen.) Guests are also asked to bring a small water pistol, to use when Brad and Janet walk in the rain. A newspaper to throw when Janet reads on, toilet paper to throw when Rocky’s bandages get taken off and toast to throw when Frank proposes a toast.