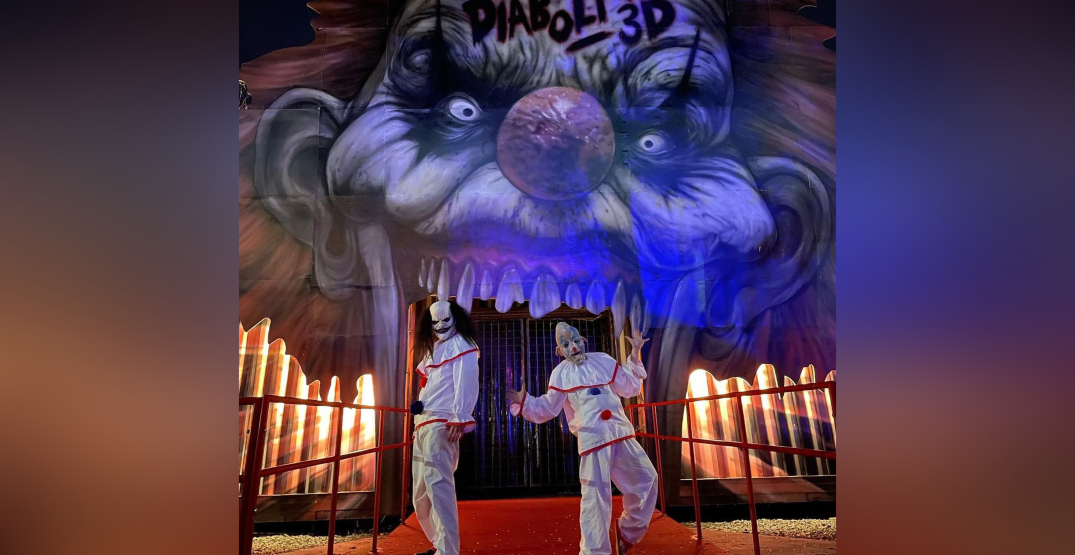 As if the past 18 months haven’t been scary enough, Halloween season is upon us and it’s time for ghouls, jump scares, and of course, costumes.

Montreal has a slew of great Halloween events worth checking out every year and this year is no different.

Okay, it’s a bit different because of you-know-what, but at least there are events worth checking out, which wasn’t the case at this time last year (for the most part.)

Here are five things going on around Montreal this Halloween that should be on your scary radar for the rest of the month.

Quebec’s biggest amusement park is being overrun by monsters, ghouls, and witches for the rest of the month.

Thrill-seekers can enjoy the usual rides and seasonal attractions, but once the sun goes down, the park turns haunted, full of monsters around every corner.

The famous Chainsaw Guys, Roaming Souls, and other creatures will be unleashed to wreak havoc on the innocent past 5:30 pm. It’s Fright by Night with chilling scare zones like the Vampire Lair, Zombie Camp and Demon’s Hell.

The festival will also showcase haunted houses with the return of Evil Circus 3D, Nightmares, District 510 – in the dark, and Cursed Farm.

So, if you thought the rides at La Ronde were scary before, get ready to experience some next-level adrenaline at Fright Fest.

So this isn’t technically in Montreal but come on, glowing installations of more than 7,000 pumpkins? How much more Halloween-esque can you get?

Pumpkinferno, the one-kilometre walk that’s set to the backdrop of the picturesque 19th-century setting, is only 148 kilometres from Montreal.

When: From October 29 to 31
Where: Cinéma Impérial
Price: TBA

The SPASM Festival is an annual short film festival that offers thrilling and exciting movies. Everything from gore, to thrillers, science fiction, drama, and of course, horror.

The scare fest screens across various venues throughout Montreal including the iconic Club Soda and Theatre Plaza.

The 10-day event ends with a costumed Halloween bash.

The event is inspired by supermodel Heidi Klum and the legendary parties she held in the former Banque Royale.

Get ready for spooky music, dancing, and thrilling costumes. This one is wild.