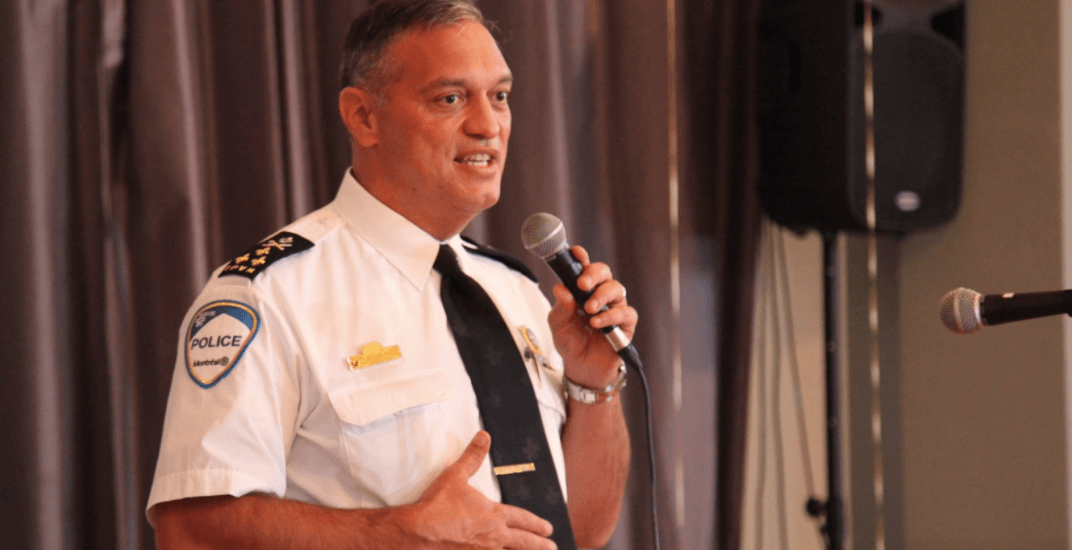 A new report recommends that Montreal police Chief Philippe Pichet should be let go from his position.

Sources informed Radio-Canada about the report, which focuses on police internal affairs. It was written by Michel Bouchard, a former Deputy Minister of Justice. Bouchard was instructed to review the Police Service of the City of Montreal SPVM’s administration and examine internal management, coaching, and procedures.

The review was called after SPVM’s internal affairs department was accused of created false evidence against whistleblowers.

The report says that the SPVM is facing internal management problems and it recommends that Pichet should either resign, be suspended, or be let go from his position.

Pichet was selected as chief in 2015 by former mayor Denis Coderre.