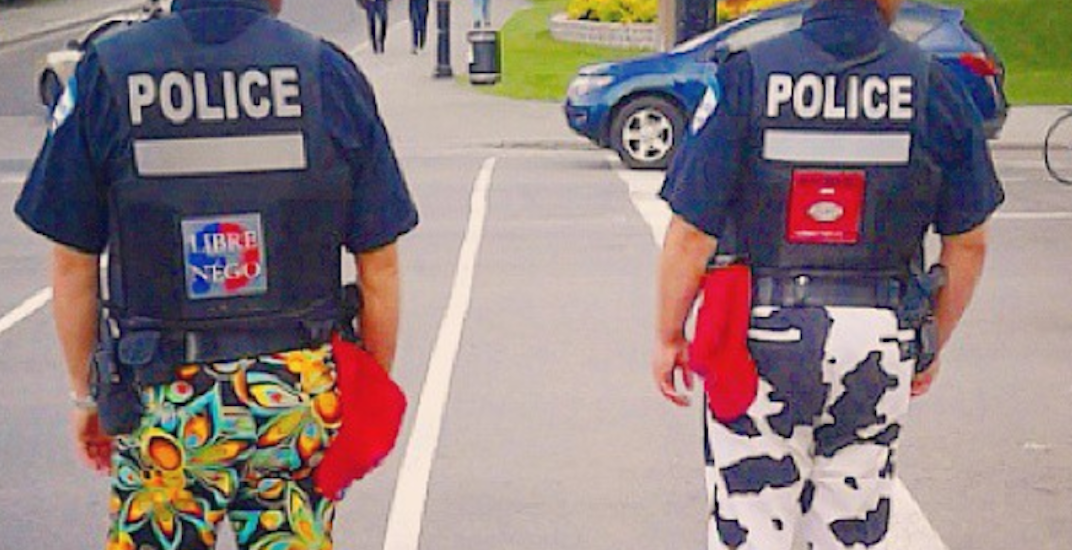 Montreal police officers will officially be putting away their colourful pants as they will be voting on an agreement-in-principle over pensions plans this week.

The officers have been protesting their pension plans for over four years by taking to the streets in colourful pants.

On June 24, the City of Montreal and Montreal’s police union announced they had reached a tentative agreement with regards to the pension plan.

“After intense negotiations, the brotherhood is happy to announce a tentative agreement with regard to the pension plan, covering a period of seven years, from 1 January 2015 to 31 December 2021,” said the Montreal Police Brotherhood, in a release.

Montreal Desrochers, director of communications for the Montreal Police Brotherhood, confirmed with Daily Hive that the vote is taking place from today until Thursday.

Once the results are in, the union will be able to move forward with their new pension plan.

It’s pretty safe to say that they’ll also be putting those pants to rest, for good.