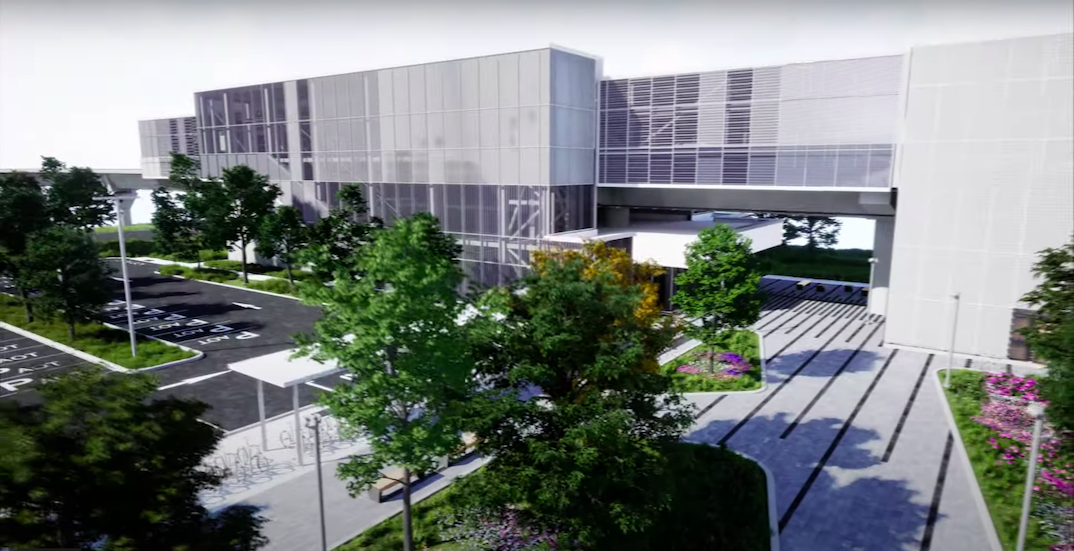 Last week, the Réseau express métropolitain (REM) welcomed the arrival of its first fleet of trains, and today the rapid metro transit system is offering its first glimpse of what the stations will look like, both exterior and interior.

The 3D video focuses specifically on the West Island’s Fairview-Pointe-Claire station, giving Montrealers a video-game-like view of the structure that’s currently in construction.

Set to become the largest transportation network in Greater Montreal, the REM will link downtown to the South Shore, the West Island, Montreal-North, and the Trudeau Airport.

But until then, here’s how the REM station, specifically in Pointe-Claire, is going to look.

REM stations will all have the same main architectural principles and “include the concepts of transparency, movement, and wood,” says the company.

As users enter the station, they will be able to notice lines on the ground that are continued from those on the outdoor pavement. Ticket validation gates will be located at all entrances and will be provided by the Autorité régionale de transport métropolitain (ARTM).

REM’s architects have developed a colour strategy that will be incorporated into the entire light-rail network. The REM is divided into six sections, each of which has a distinct colour theme:

The light-rail train system is slated to open to commuters by the summer of 2021.

For more details and news on the network’s colour schemes, landscaping, and furniture, visit the REM website.