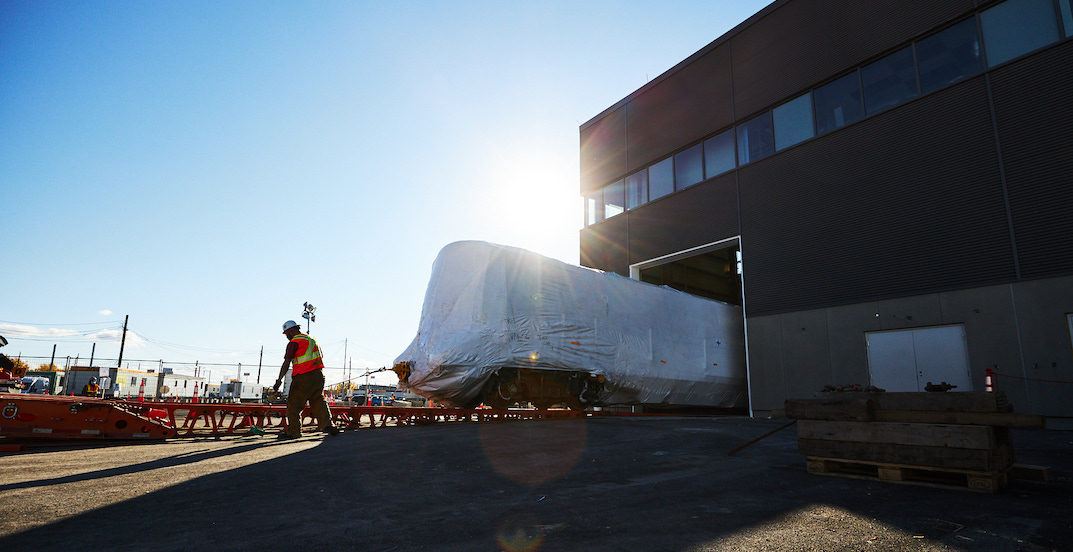 The Réseau express métropolitain (REM), which will become the largest transportation network in Greater Montreal, has welcomed its first fleet of train cars.

The REM will link downtown to the South Shore, the West Island, Montreal-North, and the Trudeau Airport.

After a 23-day journey at sea, the first cars arrived at the New York/New Jersey port at the beginning of October from India. The REM trains travelled roughly 800 km on North American roads and crossed into Quebec at the Lacolle border earlier this week.

According to the REM website, the trains were transported one at a time over the course of two days. The cars were unloaded at a maintenance workshop in Brossard where they will undergo further inspection.

“Unloading and transporting are very delicate operations,” says the REM website. “The cars are wrapped in a white cocoon for extra protection and were handled with great care during the trip.”

To date, a total of four REM cars have been delivered to Montreal. The next fleet of deliveries is scheduled for 2021.

The cars that are now Brossard-bound will be inspected, coupled (assembled to form two pairs of two cars), and prepared by Groupe PMM Canadian teams for the upcoming testing period.

The cars will be unveiled to the public a little later on this fall, says the REM.

Montreal’s REM light-rail train network is expected to be running for the public on the island by 2022 and on the North Shore by 2023.