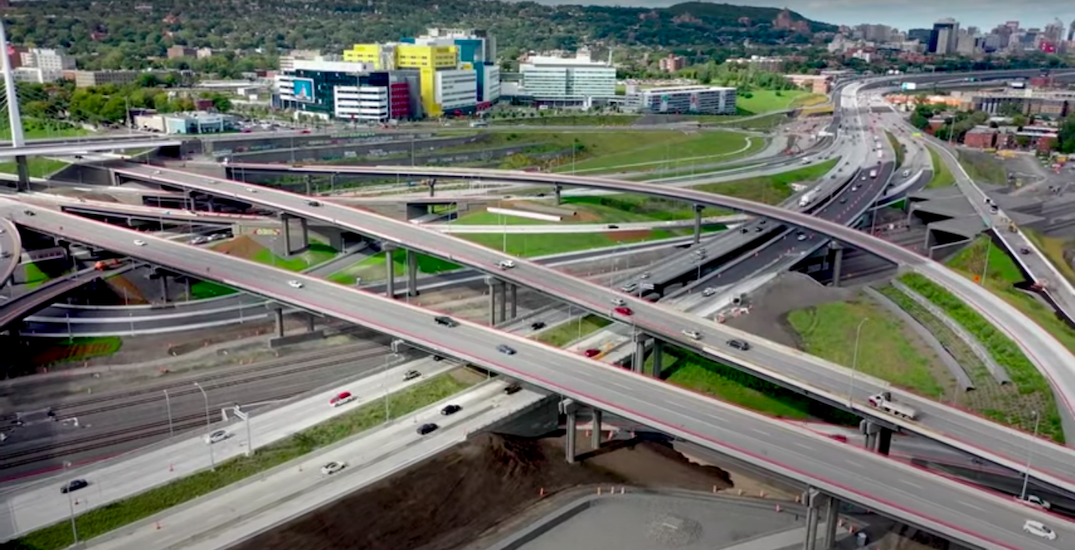 The pandemic wasn’t about to stop the inauguration of one of Quebec’s biggest infrastructure projects in history.

In a video shred on YouTube, both ministers highlighted citizen’s patience and calmness as the massive megaproject “nears completion.”

This week marks the reopening of Pullman Boulevard and its access ramps; the final phase of the entire Turcot interchange project.

In 2007, plans were announced on the $3.67 billion construction project which connects the Champlain Bridge to highways 15, 20, and 720. The Turcot interchange is an essential link between Pierre Elliot Trudeau International Airport, downtown Montreal, and its connecting boroughs.

The interchange is used by roughly 300,000 motorists per day.

The virtual inauguration shows the differences between the 1967 Turcot and the modernised one which has been “revamped for the 21st century.”

The remaining work includes final touches on landscaping, which is slated to be completed in the spring of 2021.