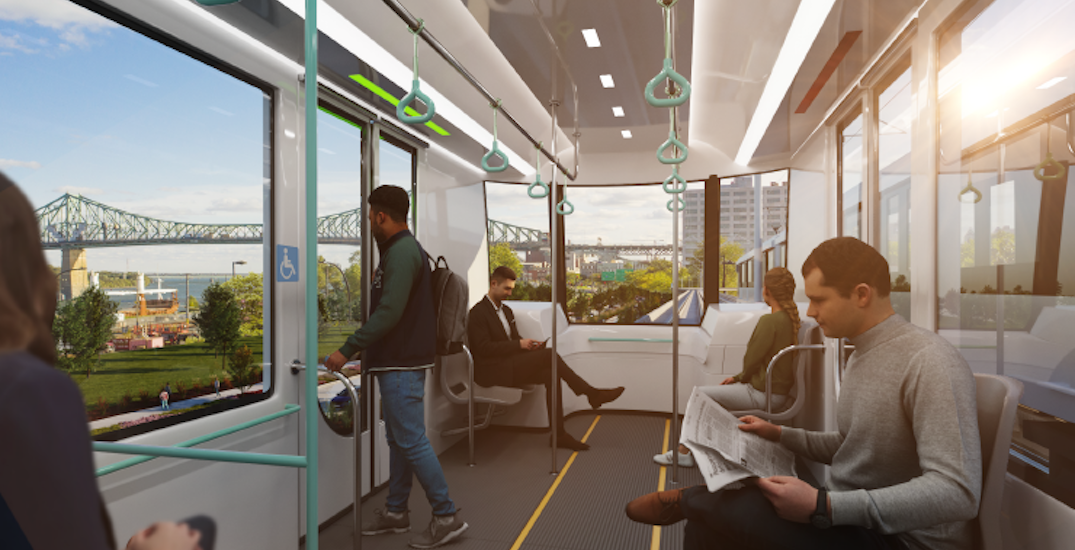 On Tuesday, the Caisse de dépôt et placement du Québec (through its subsidiary CDPQ Infra) and the City of Montreal announced that the Montreal métropolitain area’s REM will expand by 32 kilometres and 23 new stations into Montréal-Nord and Pointe-aux-Trembles.

The REM’s new sector, the REM de l’est, will “meet a historic demand,” says the press release, and create one of the “largest automated transit networks in the world,” covering 99 km of rail across 49 stations.

The east-end extension will begin at Gare Centrale, where the train would run above ground across René-Levesque Boulevard to Notre-Dame Street east of the Jacques Cartier Bridge.

By accommodating over 133,000 riders per day, the REM de l’Est will “improve the quality of life of hundreds of thousands of people” and will support the development of numerous public spaces.

The REM de l’Est will be integrated into the STM network and offer east-enders and Montréal-Nord residents access to downtown Montreal in under half an hour.

The new 100% electric network will save the city more than 35,000 tonnes of greenhouse gas (GHG) emissions every year.

“This project has the potential to transform mobility in the east and northeast of the metropolis and to become a formidable engine for economic recovery,” says Montreal Mayor Valérie Plante. “This new access to downtown public transit will open up horizons for several Montréal neighbourhoods, including Pointe-aux-Trembles, Montréal-Nord, Saint-Léonard and Mercier-Hochelaga-Maisonneuve. In order to make it a real lever for urban redevelopment, the urban integration and architectural signature will have to be exemplary. The REM de l’Est will have to be an architectural success, both on board and around the train.”

The light-rail train system is slated to open to commuters by the summer of 2022 and is expected to be fully operational in the West Island and Trudeau Airport branch by 2024.