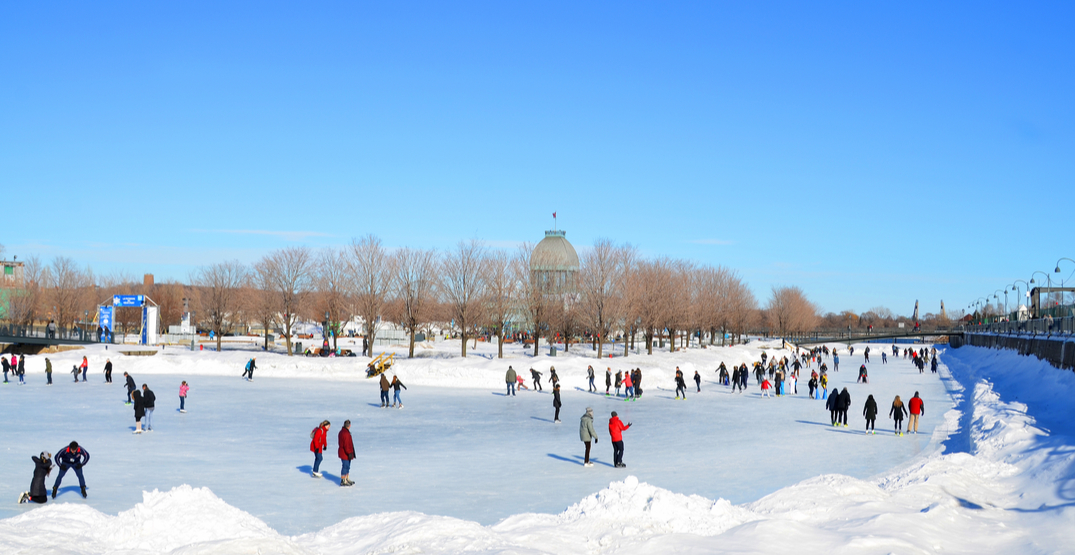 The City of Montreal has recently announced the installation of a refrigerated ice ring.

The announcement was made by Benoit Dorais, Anne-Marie Sigouin, and Alain Vaillancourt earlier this afternoon, and later confirmed by Mayor Valerie Plante.

The new infrastructure will be located in the parking lot next to the Angrignon metro station. The ring will be dismountable and measures at 13 meters wide by 400 meters long.

Dorais comments that “climate change will no longer deprive Montrealers of their favourite winter activity” and that by 2019, “the entire population of Montreal will be able to enjoy the refrigerated ring, whether for training or simply for the pleasure of skating.”

Siguoin, a councillor of the Saint-Paul-Emard district in the South-West, shared that the “long-track skating ring will make a significant contribution to the development of Montreal’s speed skating generation.”

In addition to the installation of the outdoor rink, “ridership will be studied to assess the suitability of a permanent facility” that would be used in the summer for inline skating and other activities.

The ice ring was first scheduled for December 2020, however, the opening was advanced to November 2019.