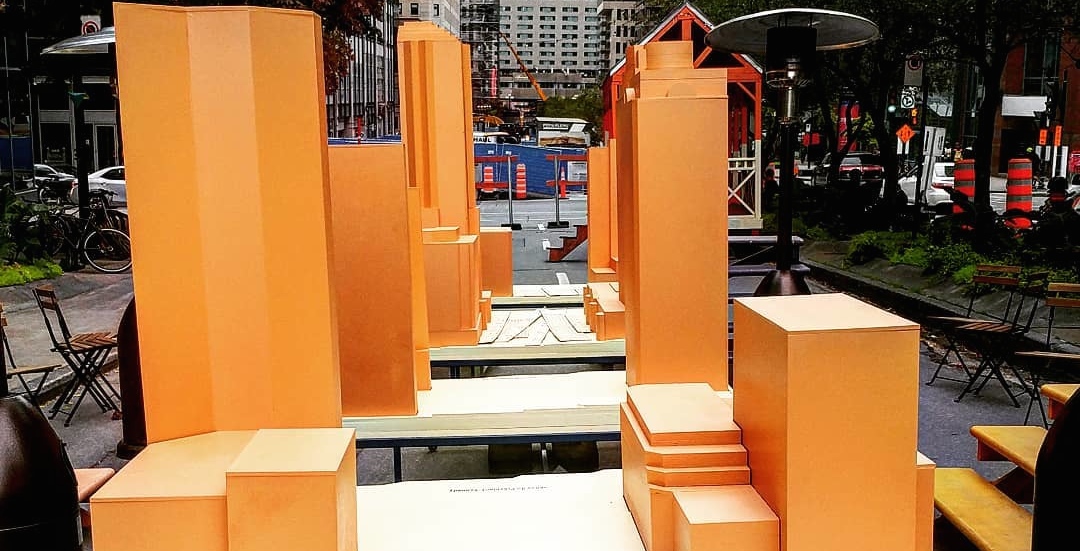 Montreal wants you to help redesign what will eventually become a pedestrian zone on McGill College Avenue.

Plans for the transformation of the public square have been placed into the hands of Montrealers. Literally.

Scale model benches, bike paths, ice rinks, playgrounds and trees have been set up along the street and citizens are urged to participate in the development of the concept.

The Office de consultation publique de Montreal (OCPM) installed the large models on Monday night at the corner of McGill College Avenue and President-Kennedy. Until October 18, bystanders will be able to add their own ideas to the impending development, all of which will be recorded.

The Plante administration’s plan is to transform the entire area into a pedestrianized street and thus turning it into a major tourist attraction. Montreal mayor Valérie Plante has urged the public to bring forward ideas that will put McGill College “in all the tourist books.”

The OCPM has also set up a small ‘nomadic village’ that includes benches, snacks and a sandbox to welcome curious citizens and children.

The development zone also features a questionnaire to gauge Montrealer’s interest of what exactly they’d like to have at the public space.

Work is already underway on the underground infrastructure to prepare the connection of the Metropolitan Express Network (REM) to McGill College Station. The surface redevelopment is not planned until 2022, after the completion of the work on Sainte-Catherine.

When: October 17 and 18
Time: 12 pm – 1 pm and 5 pm – 7 pm
Where: McGill College Avenue between Sherbrooke and President-Kennedy
Price: Free