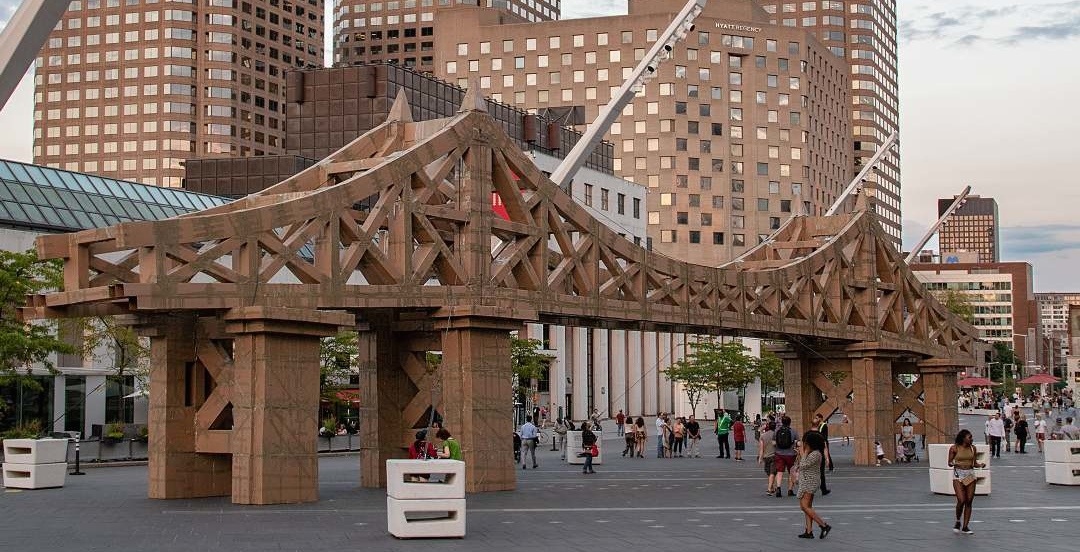 Fortunately, the one made out of steel is still standing but the corrugated replica wasn’t so lucky.

As part of a new project called Construisons Monumental!, French artist Olivier Grossetête asked the public to help replicate the historic Jacques Carter Bridge entirely out of cardboard, only to demolish it a day after it went up.

“My work revolves around fun group activities that show how much you can accomplish with pooled skill, intelligence and energy. At the same time, I examine the symbolic aspects of architecture, an art that is usually imposed on us, and that is completely beyond our grasp,” said Grossetête. “Instead, my projects put the human being at the creative centre. It is also a big creative game that we make together and demolish together, with childlike glee.”

On Saturday, September 15 at Place des Arts, over 300 people helped to assemble the cardboard bridge, dozens at a time, taking turns to flatten out boxing and taping them together under Grossetête’s direction.

A post shared by Quartier des spectacles (@quartierdesspectacles_mtl) on Sep 15, 2018 at 11:50am PDT

After a full day of construction, 2,000 cardboard boxes and 12 km of tape, the crowd joined together in the dismantling of the project.

Everyone in attendance was able to take home a piece of the bridge as a souvenir. All of the cardboard was donated and recycled by Cascades.

And, without further ado, here’s the cathartic demolition you came to see: